Anadolu Efes win both of their EuroLeague encounters 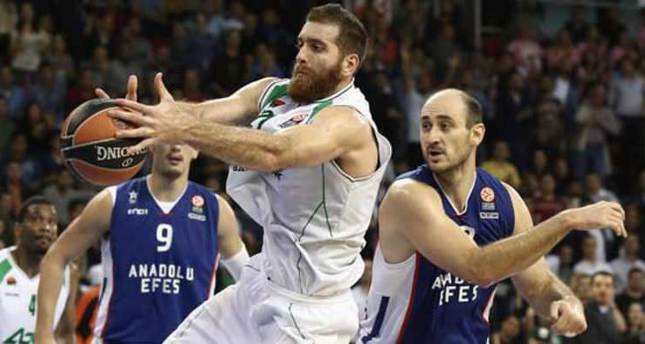 by Kenny Laurie Oct 27, 2014 12:00 am
Anadolu Efes center Nenad Krstic believes his injury troubles are behind him now and is looking forward to the season ahead after being reunited with coach Dusan Ivkovic. The Istanbul team have been in good form this season, winning both of their EuroLeague encounters - including Friday's 82-75 win over Dinamo Banco Di Sardegna Sassari - and winning one out of two in the domestic league. Next on the list is an away trip to Tofus. After their away win on Friday in the EuroLeague, Serbain centre Krstic said he is over the nagging injury worries that hindered him during Serbia's run to the FIBA World Cup final and is ready to push on with the team. "I was battling problems with injuries during the summer," said Krstic. "Despite the silver medal in the World Cup, and now I'm on a new team with my old coach and we continue to get better every day." Ivkovic and Krstic worked together in the Serbian national team when the former was coach between 2008 and 2013. Krstic was the standout performer in Friday's win, scoring 15 points. Ivkovic praised the work of his center in the win. "I think we needed this very much," said the Serb. "We are a new team with young players, and I think we deserved this victory. I respect Coach Romeo Sacchetti and his team [Dinamo Banco Di Sardegna Sassari], but I think we played well except for our 18 turnovers. Our fast-break wasn't on the level we expect, but I think that for the future of the team, it was a very, very important victory. For sure, our game was balanced with Krstic controlling things inside for us on offense and letting us play defense better." In the Turkish league, Saturday saw wins for TED Kolejilier, Beşiktaş, Banvit, Darüşşafaka and Pınar Karşıyaka. On Sunday, Galatasaray beat Olin Edirne 86-69.