Obradovic looking for revenge against his old club 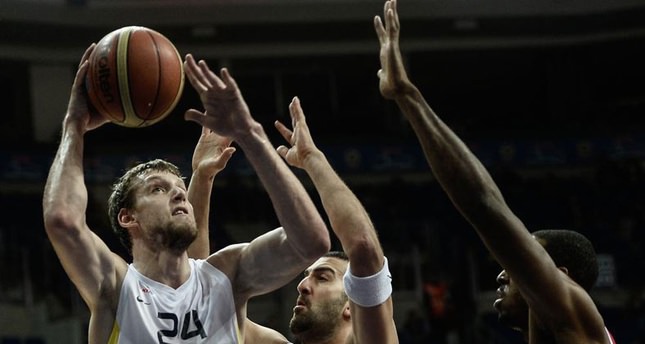 by Kenny Laurie Dec 04, 2014 12:00 am
Fenerbahçe coach Zeljko Obradovic returns to the club with whom he made his name as his side go up against Panathinaikos in a crunch Group C game tonight.

In his 13 years in Greece, Obradovic put together one of the most successful runs by any coach in basketball history, in or outside of European basketball. With the Greens, the Serb won an amazing five EuroLeague titles as well as 11 Greek championships, cementing his reputation as one of the best coaches in the business.

Tonight, he will need to put all nostalgia aside as his team looks to take revenge for their earlier loss to the Greeks as well as create some daylight at the top of Group C. Panathinaikos dealt Fener a crushing 91-73 defeat in round three, with the Greeks scoring 18 3-points at a 69.2 percent clip. With both teams locked in at second place, a win tonight for Fenerbahçe should help them secure the second seed for the Last 16.
"This is a game that is important for both teams," said Obradovic. "Both teams have already qualified for the Top 16, but it doesn't matter. We want to continue to play well, continue how we played the last few games, and I am sure that Panathinaikos will want the same; so, it is a game I consider very important for us," he added.

Obradovic's counterpart, Dusko Ivanovic, acknowledged that his team will face a sterner test than they faced in round three.

"It will be a tough game for us and for Fenerbahçe also because both teams are looking for a better position in the standings," said Ivanovic, adding, "At this moment Fenerbahçe is playing much better than in the first leg. They are an excellent team with a group of excellent players."

The two teams hold joint second place with a record of 5-2 while Barcelona are running away with Group C, sporting an unbeaten 7-0 record.
Unlike round three, Fenerbahçe will have the benefit of playing at home. Fener power forward Nemanja Bjelica called on the fans at the Ülker Arena to help push his side to victory over the Greek giants.

"This is an important game for us and I hope we will win because we play in front of our own fans. They help us so much and I would like to call out on them and hope that they come to the arena to support us. If we win, we will be in a good position to grab the second place in the group," said the Serb.

Elsewhere, Anadolu Efes are looking to keep the pressure up on Real Madrid at the top of Group A when they take on Zalgiris Kaunas - who beat Efes in Istanbul in round three - in Lithuania tonight. Both Real and Efes have 5-2 records. Real Madrid take on Nizhny Novgorod, who they should beat comfortably, putting the pressure on Efes to grab a result in Lithuania against a good side sporting a 4-3 record. Efes. "This week's game will be against Zalgiris Kaunas, [a] team [that] we respect and who beat us in Istanbul in the third game of the regular season," said Efes coach Dusan Ivkovic. "But this time we have to prepare to do the best we can," he added.

"In this period, it is difficult for us to work as a whole team due to injuries. We have three players in the injury list. Cedi Osman was injured in our last Turkish League game [and] Nenad Krstic has a long-term injury; Matthew Janning is crucial for this game. We will try to play a good game in Kaunas, it will be tough but we will try to play our best for the victory," Ivkovic said.