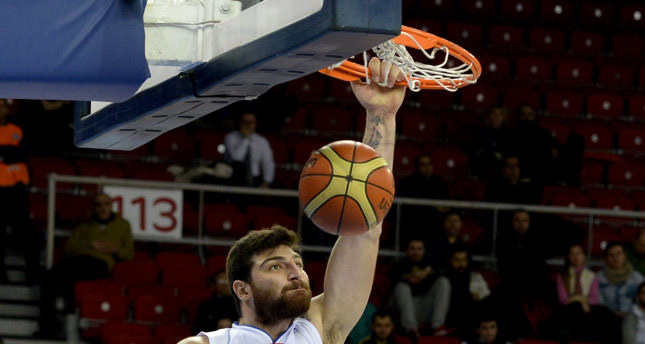 by Kenny Laurie Jan 15, 2015 12:00 am
Anadolu Efes coach Dusan Ivkovic believes tonight's game against unbeaten CSKA Moscow is an opportunity for his players to play against the best on the continent. Ivkovic's former team are not only one of the true powerhouses of European basketball, but are a team bang in form. The Russians have yet to lose a game so far in their 12 EuroLeague encounters this year, and have already won in Istanbul in the Top 16 after beating Fenerbahçe in round one. The Moscow giants have won six EuroLeague titles in their history and have only failed to get a top four spot once since the 2002-2003 season, winning twice in that period. Anadolu Efes have also made a winning start to the Top 16, going 2-0 after a strong group stage that has set them up as outsiders for the tournament. Tonight will provide the perfect opportunity for the team to see a winning club at close quarters. "We are expecting to play a big team on the court," said Ivkovic.

"CSKA Moscow is the best team in Europe right now. This can be seen not just because of their players, but also their scorelines. They are the first in scoring among the other teams with 88.58 points per game and 50.13 percent on their field goals, and they also are in the second position in the assist category with 22.25 assists per game. So, it will be a big challenge for us. CSKA Moscow is also a very talented team. We have to prepare very well especially on set games. We have to play in up rhythm. The game will be a big opportunity to play a big competitive one."

Efes have firepower of their own to contend with Moscow and could well be the side that slays the dragon. Efes center Nenad Krstic returns from injury to take on his old side giving Efes a virtual full complement of players. American wing Matt Janning called on his teammates to leave everything out on the court. "It will be a difficult game," said Janning. "They won 12 games so far. We have to come prepared to play 40 minutes. We all know that CSKA Moscow is a very experienced and a dangerous team. We have to fight and stay together; we want to win this game. With the support of our fans, we want to protect our home court."