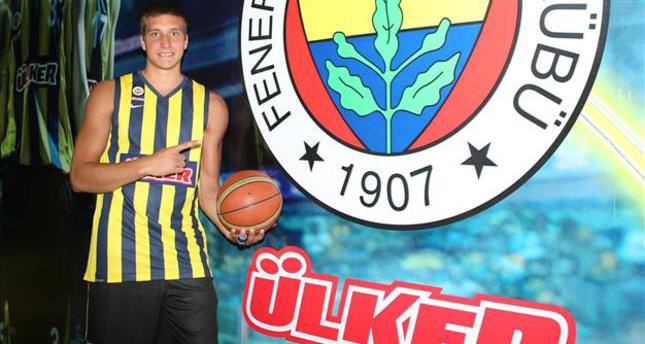 Fenerbahçe shooting guard Bogdan Bogdanovic believes that defense will be the key tonight as his side take on Greek side Olympiakos.

The Istanbul team sport a .500 record after two games and will be looking to avoid falling behind early in the Top 16 by beating Olympiakos tonight.

So far in this season's EuroLeague campaign, Fenerbahçe have occasionally looked like full-blown contenders only to fall back down to earth when it matters most. Bogdanovic, a new signing from last summer who replaced the similarly named Bojan Bogdanovic, believes when Fener turn up the heat defensively, there is no team in Europe that can compete with them. With such a crunch fixture tonight, the Serb will be looking to his teammates to bring the defensive intensity.

"For us, we have many talented guys on this team, but have to improve our defense," Bogdanovic said. "We watch all of our games on tape and when we play good defense, we never lose. Playing good defense gives us a lot of energy on offense and that leads to easy baskets. The key of the game is defense, for sure."

Fenerbahçe have already lost once so far this season after they were unable to shut down six-time EuroLeague champions CSKA Moscow in Istanbul two weeks ago. With Moscow yet to lose a game this season, winning their last 12 matches, Bogdanovic felt that his side could have bettered the Russians had new signing Nikos Zisis been fully acclimatized to the team. The Serb instead chalks the game down to a lack of experience.

"They played a good game in Istanbul," Bogdanovic said. "I believe it was one of the best games in the EuroLeague this season, until now. Both are competitive teams; we were second in our regular season group and they were first and undefeated. I think we lost because of our lack of experience and because Nikos [Zisis] had just joined the team. I hope that next time, when we meet in Moscow, the score will be different."

The young Serb, who was a star in last year's World Cup for helping Serbia to the final, also some acclimatizing of his own to do having joined in the summer. After an initial struggle at the start of the season, Bogdanovic appears to have found his feet in Fener's backcourt where he has struck a good relationship with former Los Angeles Lakers guard Andrew Goudelock.

The Serb admits that he struggled initially after arriving in Istanbul from Partizan Belgrade, but says he feels more at home now and has benefitted hugely from playing alongside Goudelock.

"Yes, of course [I needed time to adjust], everybody needs to make a small adjustment and needs to spend some time with new people to make yourself comfortable and feel at home," Bogdanovic said. "At least, I am that kind of person. Everything is OK now and I am feeling like I am at home. It is really easy to play with Drew [Goudelock]. He is very talented and I am learning some moves from him. It is great to play with him on the team. He is double-teamed a lot and creates a lot of space on offense, which makes our offense easier. We have a lot of versatile players, using many different lineups: Small, big, defensive [and] offensive. It works well for us."

Elsewhere, Galatasaray are looking to end their run of nine straight EuroLeague away defeats when they take on Red Star Belgrade tonight. Off the court, tension is likely to be white hot with Belgrade fans still reeling after a Belgrade fan was stabbed to death outside Galatasaray's Abdi ipekçi Arena in Istanbul last year.

Red Star Belgrade coach Dejan Radonjic preferred to keep the topic centered on basketball. "The game against Galatasaray is our fifth match in 14 days, so the rhythm of games is really fierce. We expect a difficult match against a very powerful and experienced opponent. They have altered their team significantly since our last match; they brought three new players and became an even better team than they were at the beginning of the season. Regardless of all that, we wish to score our first win in the Top 16. In order to do this, we will need a lot of grit, concentration and support from our fans that will surely not fail."