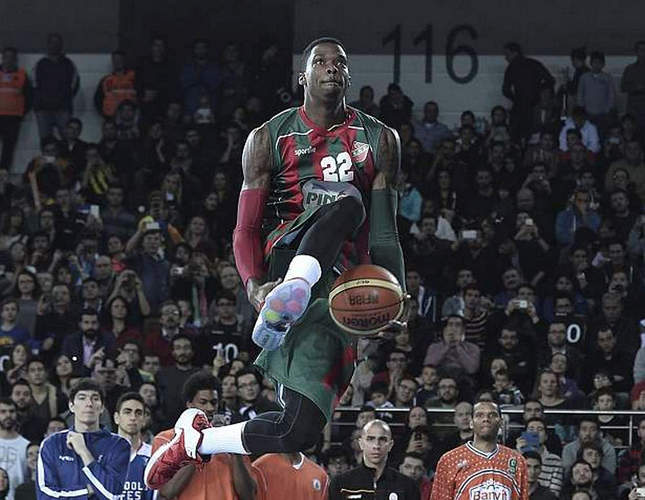 by Daily Sabah Jan 20, 2015 12:00 am
Team Europe celebrated victory in the traditional TBL All-Star Game on Sunday. The event was held at the Ankara Sport Hall. Galatasaray guard Carlos Arroyo stepped up with 14 points, 22 assists and 11 rebounds to pace the winners. He was the star of the game after registering a triple double. Team Asia gained a 32-26 lead after the opening quarter. Team Europe responded with a 40-point outburst in the second term to take a 66-60 half-time lead. The teams traded baskets throughout the third quarter. Team Europe entered the final period up by eight points. They held on to the advantage throughout the fourth period and marched to victory. Anadolu Efes youngster Cedi Osman netted 20 points while his club team-mate Milko Bjelica added 15 points for Team Europe. Fenerbahçe's Semih Erden responded with 24 points for Team Asia. Matt Walsh had 19 points, six rebounds and five assists in the loss. Michael Jenkins earned victory in the 3-Point Shootout Contest. He overcame Renaldas Seibutis and John Shurna in the final. Kenny Gabriel earned the title in the Slam Dunk Contest.