Fenerbahçe looking to recover against Milan 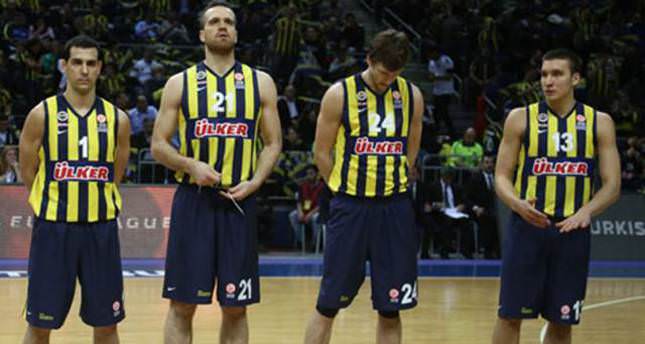 Fenerbahçe face familiar foes tonight as they travel to Italy to take on Emporio Armani Milan and look to move back to a .500 record in the Top 16 of the EuroLeague.

The Istanbul side have endured a rough ride so far in the latest round of the competition, losing both of their home games against CSKA Moscow and Olympiakos, leaving them 2-1.

Fortunately, Fener can take confidence into tonight's game after twice dispatching the Italian side in the previous group phase in this year's EuroLeague.

However, Milan are in form after beating Malaga - a somewhat Jekyll and Hyde outfit that are playing well in the loaded Spanish league while struggling in Europe - last week away from home.

Although Fenerbahçe coach Zeljko Obradovic knows the opposition well, he was at pains to stress that Milan are still a quality team that will take some beating. "They are a team that we know very well because we have already met them during the regular season. They are a team that plays very well and they managed to win in Malaga last week. Now they are also playing at home, so it will be very hard for us to win this game," Obradovic said.

Fenerbahçe can enjoy a full complement of players, although Milan matchup well with the Istanbul team. Despite the quality and skill of Emir Preldzic and Nemanja Bjelica, Milan could have their way in the frontcourt with the powerful duo of Alessandro Gentile - whose father, Nando Gentile, played for Obradovic back in the late '90s and early 2000s with Panathinaikos - and David Moss. While Milan can look to former Brooklyn Nets and Boston Celtics shooting guard MarShon Brooks, Fenerbahçe go into the game with a shooting guard that has enjoyed previous success against Milan. When he was with Maccabi Haifa last season, Ricky Hickman scored 26 points in a famous come-from-behind 101-99 victory over Milan last year in the players.

Fener will also face a familiar foe in the form of Linas Kleiza, who played for the Turkish side last year after leaving the NBA.

Jan Vesely, Fener's high-flying small forward, called on his team to concentrate for the full 40 minutes in tonight's game.

"We expect a tough game, it's always hard to play in Milan," said the Czech star. "They are a good team, so we have to stay focused. But I think we are well-prepared for this game, so I think we can do our job and win it."

On the other side of the court, Milan coach Luca Banchi described Fenerbahçe as "one of the best teams in Europe," full of athleticism and skill.

"The Fenerbahçe game will be both difficult and motivating, but mostly it's important to be consistent with the game we played in Malaga," said the Italian. "We have to be focused and stay aware that we are playing one of the best teams in Europe. It'll be crucial for us to produce a top-level effort in order to play an intense and consistent game because it's the only way to stand up to the impact of such a physical, athletic and talented team."

Elsewhere, Galatasaray are looking to continue their good form as they take on Alba Berlin in Istanbul tonight. Gala braved the white-hot atmosphere of Belgrade last week, coming out with a much-deserved win and some much-needed confidence.

Berlin are looking to avoid a third-straight loss while Galatasaray could potentially go top of their group if the results go their way elsewhere in the group.

The Germans are perilously close to an early exit, so close even that their coach, Sasa Obradovic, acknowledged that qualification is more likely a prospect for Galatasaray than themselves.

"A road win against Galatasaray would prolong our dreams in the Top 16, but reaching the Playoffs is a much more realistic goal for Galatasaray," Obradovic said. "The way they played and won the game in Belgrade proved how much quality they have. Although a few players left, Galatasaray is still a team with big European names and a great leader. Carlos Arroyo with his easy-going style of play is an unpredictable versatile player, who can decide a game with a great pass or with a shot."