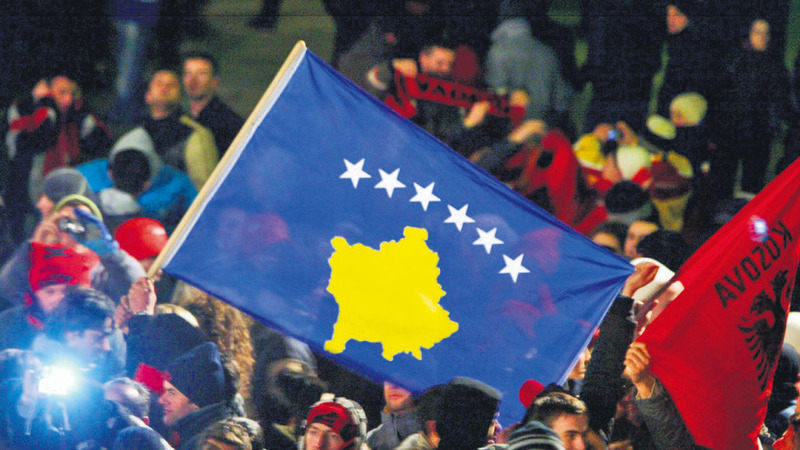 by Mar 15, 2015 12:00 am
World basketball's governing body FIBA has granted Kosovo full membership amid Serbia's request to make sure that clubs or national teams from the two countries never meet at any level. "The decision comes on the back of the International Olympic Committee granting full recognition to the Kosovo Olympic Committee in December 2014," FIBA said on its official website (www.fiba.com). "As a result of Friday's decision, FIBA Europe will now work towards incorporating the national teams of Kosovo in its competitions beginning this summer." More than 100 countries have recognized Kosovo as an independent nation but Serbia refuses to follow suit on its former southern province. Although the Serbian basketball association acknowledged Kosovo's recognition by FIBA was imminent, it said playing against the Kosovans should be avoided. "We expect FIBA to take seriously our warning that matches at any level, club or international and ranging from youth to senior, should be avoided at all cost," it said. Kosovo Basketball Federation President Erold Belegu said, "Kosovo officially has become the 215th National Member Federation of FIBA and 52th member of FIBA Europe. Congratulations to Kosovo!" The decision was met with joy in Kosovo and welcomed by its leaders. "Alley-oop for Kosovo," President Atifete Jahjaga tweeted minutes after the decision was made public.

The International Olympic Committee, at its meeting in December 2014 in Monaco, accepted Kosovo as a full member. The Basketball Federation of Kosovo then appealed to FIBA on Feb. 5 for recognition. Kosovo has been recognized by 108 member states of the United Nations, but Serbia has refused to accept the breakaway province's independence. World football's governing body had also announced that Kosovo would be allowed to play friendly matches against FIFA member states at the club and international levels. FIFA had said in an announcement on its website on January 14 that some restrictions apply, such as a prohibition against Kosovo playing matches against clubs and teams from countries of the former Yugoslavia and a requirement that Kosovar teams cannot display national symbols or play national anthems at games.

Kosovar teams must also give 21 days' advance notice of scheduled home matches, after which FIFA will inform Serbia's football federation. Kosovar teams are allowed to wear uniforms bearing the name "Kosovo" and a star symbol.