Fener looking to continue away streak 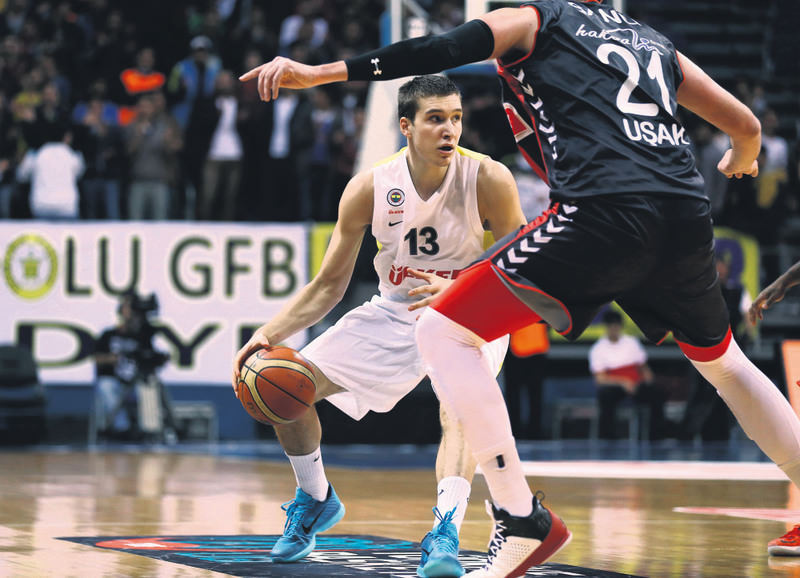 by Kenny Laurie Apr 02, 2015 12:00 am
Fenerbahçe can lock up the home court advantage tonight when they take on Laboral Kutxa Vitoria in Spain. The Istanbul giants are arguably Europe's most in-form team at the moment, having won their last nine Top 16 games as well as holding an away winning streak that stretches back to October and the regular season. They top a difficult Group F that includes Olympiacos and CSKA Moscow as well as city rivals Anadolu Efes. Although they have to contend with the reality that Ricky Hickman will miss the rest of the season through an injury sustained last week, Fener can at least go into the game full of confidence. Laboral have injury problems of their own having lost Davis Bertans. The Spaniards are also fighting for their lives tonight, as a defeat will see them eliminated from the Top 16 with a week left in the competition. Fenerbahçe coach Zeljko Obradovic expressed his sadness at Bertans's and Hickman's absence from the game before saying that he expects a difficult game from a team fighting for survival. "This is a game that is very important for both teams," Obradovic said. "Both teams have problems because we will be without Ricky and they will be without Bertans. I am really sorry for both players. I believe that all the fans like how both players play, but this is reality and we must be ready because Laboral Kutxa play great at home and they have great players. It will be very tough and difficult for us." Bogdan Bogdanovic, the star of Fenerbahçe's win last week over Unicaja Malaga where he scored 11 points including an unforgettable half-court buzzer beater, expects Laboral Kutxa to be dogged opponents. "This is another important game for us," said the Serb. "We also heard the bad news about Bertans; they will miss him a lot. But that doesn't change Laboral Kutxa as a team. They will fight because they still have the chance to advance. We are qualified, but we need to win in order to stand at the top of our group."

Elsewhere, Galatasaray play in, what is for them, a dead rubber against reigning champions Maccabi Tel Aviv, a team that still has work to do to qualify for the next round. Gala's only motivation, in terms of the tables, going into the game is to get off the bottom spot in Group E.
Last Update: Apr 02, 2015 2:15 am
RELATED TOPICS