Qualification in sight for Anadolu Efes 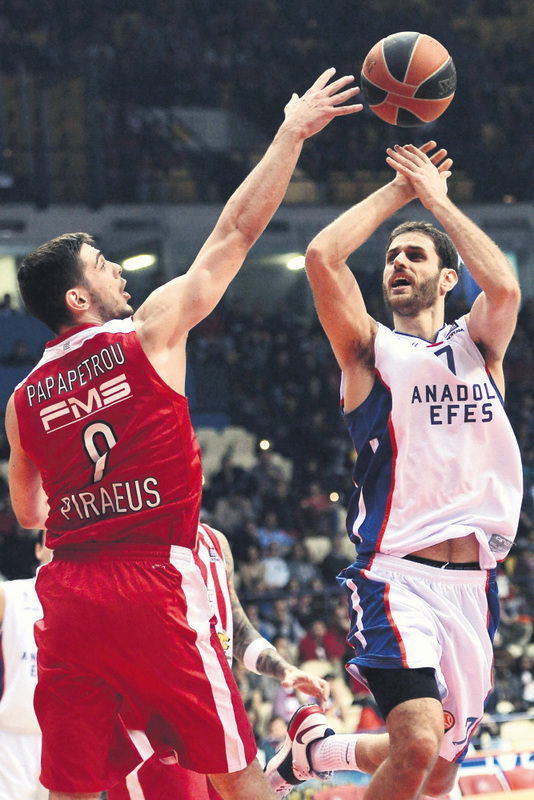 by Kenny Laurie Apr 03, 2015 12:00 am
Anadolu Efes still have their EuroLeague fate in their own hands when they take on EA7 Emporio Armani tonight. The Istanbul side are locked in a battle with Laboral Kutxa Vitoria for a spot in the knockout round. The Spaniards played Fenerbahçe last night after the time of print. A defeat for Laboral and a win for Efes would guarantee a safe passage to the next round for Efes. The side will have spent Thursday night nervously watching their cross-city rivals hoping for Fener to do them a favor. Efes have been in spotty form of late. The Istanbul giants enjoyed a good win over Banvit in the Turkish League over the weekend despite having lost their previous two games. Efes star Dario Saric claimed his side has no excuse for playing badly, expressing his confidence in his coach and teammates. "I think that regarding performance, we went a little bit down after the Turkish Cup games [at the end of February]," Saric said. "Our team is composed of very good players with a very good coach. I think we do not have any reason to play bad. I think that especially in the first half of the Banvit game, we showed that we improved our game. On the 13th game day of the Top 16, we will have a big fight against EA7 Milan in front of our huge crowd. We definitely want to get a victory." Coach Dusan Ivkovic called on his players to find extra energy to take on their Italian opponents, as he wants his side to dominate the proceedings. "We are going to play against EA7 Milan, who is playing better basketball in the last few games," Ivkovic said. "They have a lot of potential as individual players. We need to have a good game, controlling it throughout. We need extra energy and effort to control all parameters of this game. We want to win and keep our position for the playoffs."
Last Update: Apr 03, 2015 2:18 am
RELATED TOPICS