Goudelock: No one can beat Fenerbahçe Ülker 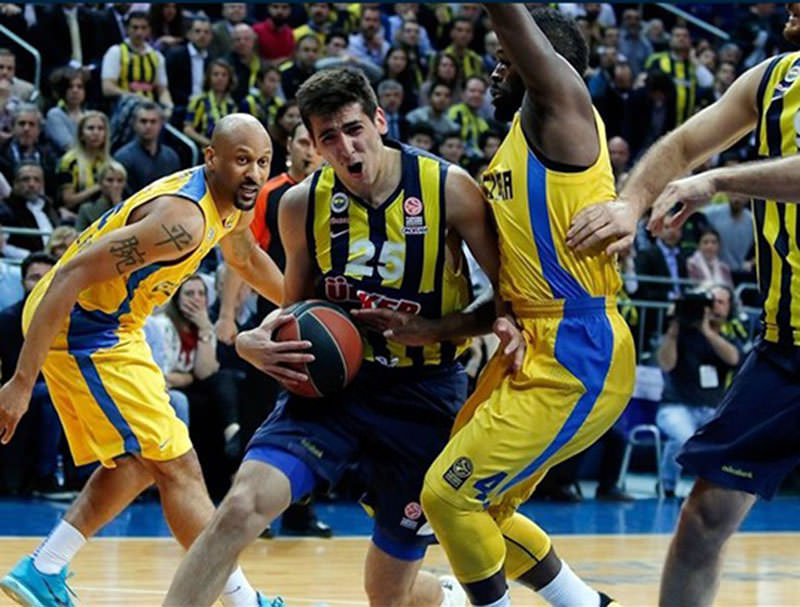 For the first time in their history, Fenerbahçe Ülker moved into the Final Four of the EuroLeague after knocking out reigning champions Maccabi Tel Aviv in an emphatic sweep

History was made on Monday night as Fenerbahçe Ülker reached the Final Four for the first time in their history after winning 75-74 in Tel Aviv, also becoming the first Turkish team in 14 years to advance to this stage of the EuroLeague.

Perhaps no team in Europe has been as impressive as Fenerbahçe Ülker in 2015 with the Yellow Canaries enjoying 12 wins in their last 13 games, including three straight wins over Maccabi Tel Aviv, who will now be unable to defend their title.
Goudelock was one of the many heroes of the night in arguably the biggest game in the club's history, hitting the winning basket in overtime to lead Fenerbahçe Ülker to the Final Four.

His layup secured the win and the American showed just how confident he and his teammates are after the game by claiming that the only team capable of beating Fenerbahçe Ülker are themselves.

"We were battling back and forth all game," said the former Los Angeles Lakers guard. "We missed a lot of shots down the stretch. So did they; everybody was just fighting. We were just grinded it out. I missed maybe four or five shots that I normally make before [the winning shot], so I felt like I was due for at least one. I saw a seam in the hole and my teammates got me the ball. They ran the play perfectly and I got an easy layup. We don't think anybody in Europe can beat us. We can only beat ourselves."

A tight contest saw something of a scrappy conclusion after the hosts had maintained the lead for a good portion of the final quarter after overturning Fenerbahçe Ülker's mid-game dominance. Maccabi flew out of the blocks in a hot first quarter that saw them successfully get Nemanja Bjelica into foul trouble before opening up a nine-point lead at 17-8. Bjelica's return to the court helped plug the leak and Fenerbahçe Ülker were able to finish the first quarter down 20-13.

A tense and low-scoring third quarter ended with Fenerbahçe Ülker ahead 50-45 with the game finely poised. The game became frantic in the fourth quarter as the two sides took turns with the lead. In the final seconds Jan Vesely drew a basket and the foul to make the score 65-65. The Czech star missed the free throw while Jeremy Pargo missed a buzzer-beater that could have won the game for the Israelis.

"It was a game that we expected," said Fenerbahçe Ülker coach Zeljko Obradovic. "It is always very tough to play here. After they lost two games in Istanbul, I was sure they would play very aggressive. We changed everything in the second quarter - first of all, offensively and defensively we were more patient. Offensively we did not play that well today because we played very slow. I believe this was the biggest problem for us. At the beginning of the season, I told my players we have the quality to play against everybody, but we have to go game by game. The first part of the EuroLeague we played well. After that, we started the Top 16 with two defeats against Olympiacos and CSKA, but we beat all the big teams in Europe away from home. So, this means we have a really quality team. Now it is time to think a bit about the Turkish championship and try to be ready for the Final Four. The key people are my players. They dedicate their time to basketball and I believe that because of this you saw how they were happy and enjoyed this moment. If you do the job you like it is not called pressure, it is called passion. I know how I look on the bench, this is obvious, but this is my way; I don't know another way. So, if I would be calm one day and I don't care, then I would stop being a coach."