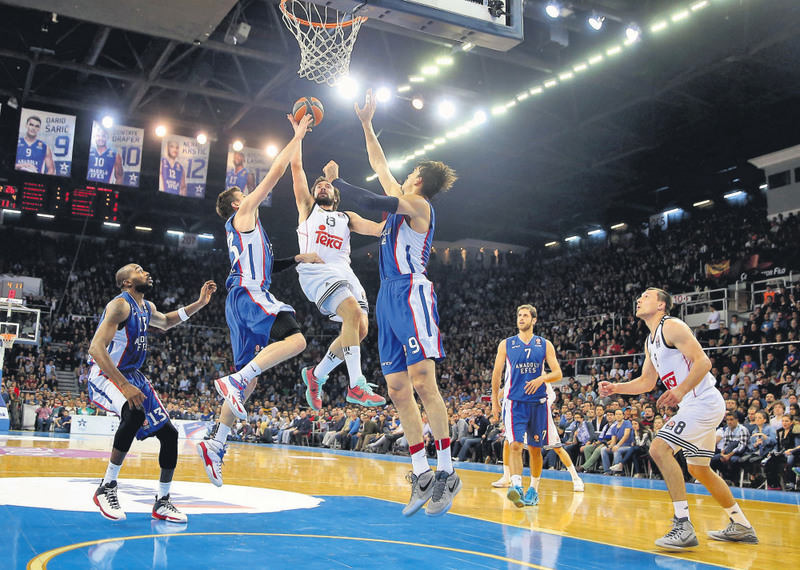 Turkish basketball fans had a dream for the EuroLeague Final Four. The two Turkish powerhouses were to advance and the chance of getting the biggest basketball title for Turks would have risen. While this dream did not come true for Anadolu Efes, it has come true for Fenerbahçe Ülker, and the Final Four promises to be a weekend full of dramatic basketball from May 14-17 in magical Madrid.

It marked just the second time in the decade-long history of the playoffs that all four teams advanced early, without the need to win a do-or-die third or fifth game of a series, but that does not mean they had it easy. Five of the last seven playoff games were decided by three or fewer points - three on the last shot, one in overtime - and all four qualifiers had a part in those outcomes.

In its first-ever Final Four qualification, Fenerbahçe was also the first team to reach Madrid after its 3-0 series win culminated in a 75-74 overtime road win to sweep Maccabi Electra Tel Aviv, thus assuring that the EuroLeague will have a new champion in 2015.

Also on Monday, CSKA Moscow was pushed to Game 4 after suffering a one-point loss to Panathinaikos, but came back to OAKA two days later to make no doubt about eliminating the Greens with a 74-55 triumph. CSKA continues the most remarkable run of Final Four berths in history, making it for 12 of the last 13 seasons.

Real Madrid, desperate to play its third consecutive Final Four on its own court this time, suffered a buzzer-beating loss in Game 3, but finally ran away from Anadolu Efes 76-63 in Game 4 to continue its quest for the club's first EuroLeague title this century.

And in the most dramatic of endings, Olympiacos Piraeus won two games at home by a total of five points to oust favored FC Barcelona with dramatic flair as a 3-pointer from Georgios Printezis won Game 4 on the buzzer 71-68, and sent the Reds back to the Final Four after a one-year absence following their back-to-back titles. The playoffs could not have set the table better for a Final Four that will crown a new champion and entertain anyone who loves basketball.

Meanwhile, as every year in the past, EuroLeague Basketball will organize the halftime entertainment of the 2015 Turkish Airlines EuroLeague Final Four in Madrid, starting with a pair of singular performances during the semifinals on Friday according to euroleague.com. The act performing during the break at the first semifinal on May 15 will be Golden Power, an amazing display of strength and balance. Painted in gold, the artists Sandor Olah and Gyula Takacs offer a beautifully choreographed display of strength, skill and art in which they resemble statues coming to life during their flabbergasting two-man routine. Hailing from Budapest, Golden Power won the Golden Clown Award at the Monte-Carlo Festival, and currently work as the main performers at the Lido in Paris.
Last Update: Apr 24, 2015 11:36 pm
RELATED TOPICS