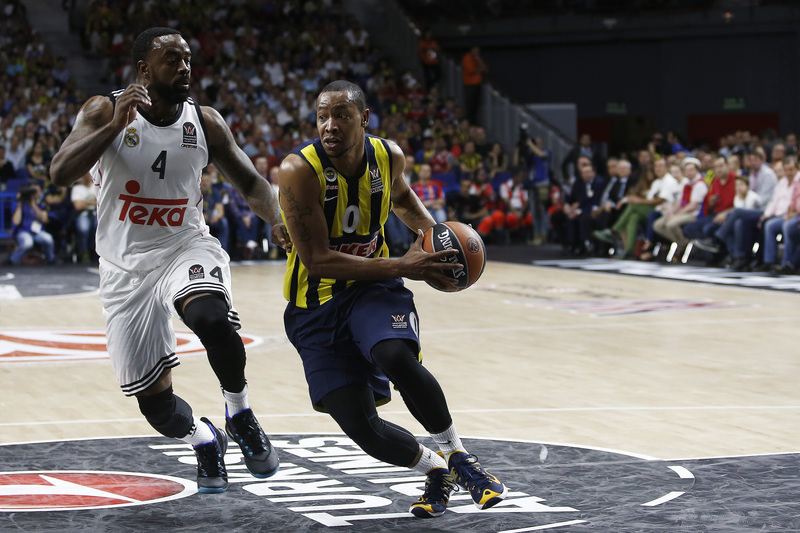 Real, looking for their first title since 1995, beat Final Four debutants Fenerbahçe Ülker 96-87, while Olympiakos edged CSKA Moscow 70-68 in a nail-biting contest after overcoming a nine-point deficit in the fourth quarter.

Sunday's title showdown will be a repeat of the 2013 final in London's O2 Arena, when Olympiakos beat Real 100-88 in a spectacular clash.

So loud were their jeers whenever Real had possession in the opening quarter that the pockets of home supporters could hardly be heard in the imposing arena situated in Madrid's artisan and shopping district of Goya.

But the Turkish faithful were silenced by a fierce Real onslaught in the second quarter when they turned a 21-20 deficit into a 55-35 halftime lead thanks to an avalanche of three-pointers and fast breaks.

The former Washington Wizards forward cut a lonesome figure in attack with some crushing slam-dunks while his team mates looked bereft of ideas and lacked the guile to contain the Spanish giants.

Battling Fenerbahçe fought hard to turn the tide after the break but Real, having done the damage in the opening half, could afford to take their foot off the pedal in the closing stages.