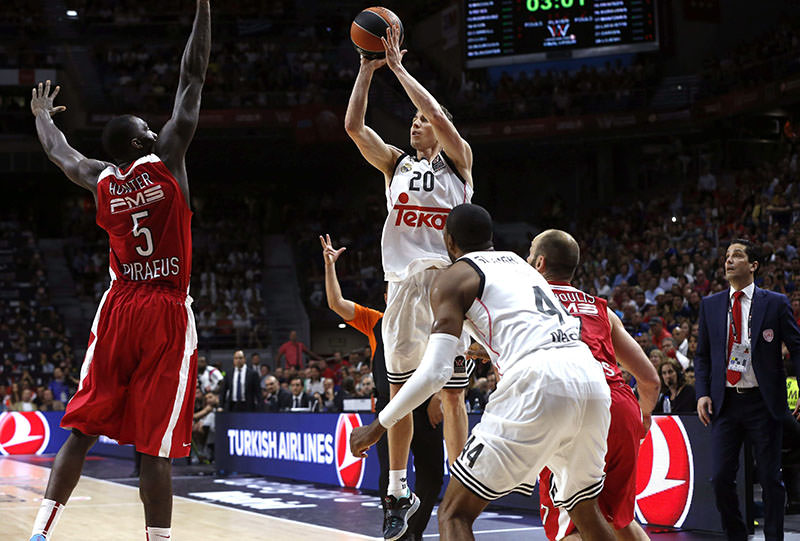 | EPA Photo
by Daily Sabah with AA May 17, 2015 12:00 am
Spanish basketball giant Real Madrid have beaten their Greek opponents Olympiacos 78-59 in the final match at Barclaycard Center, in Madrid on Sunday to become the Turkish Airlines Euroleague champions.

Host team of the Final Four, Real Madrid dominated in the final match from the second quarter till the end of the game.

Real Madrid have claimed the title nine times so far. The team's Nocioni was selected as the Most Valuable Player of the Euroleague Final Four.