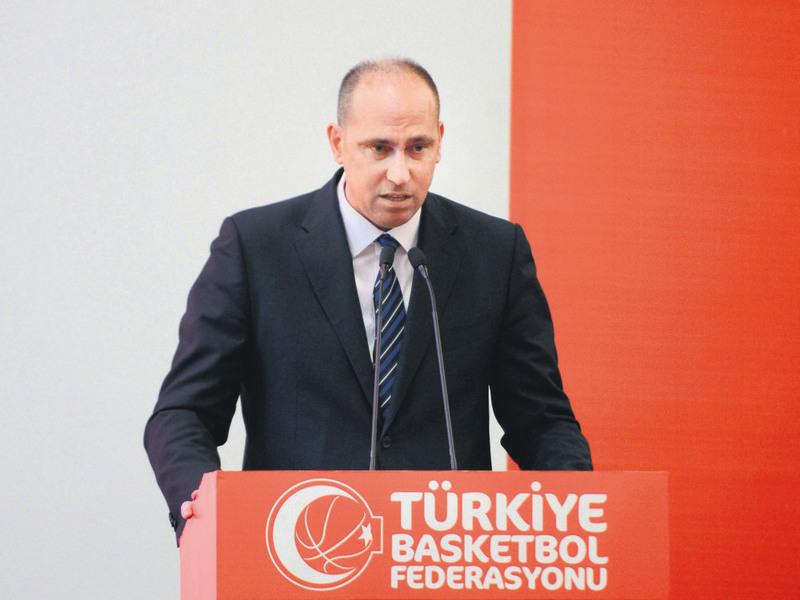 by Anadolu Agency May 28, 2015 12:00 am
Former Turkish basketball star Harun Erdenay has been elected president of the Turkish Basketball Federation (TBF).

Erdenay received 93 out of 174 valid votes at the extraordinary general assembly at the Ankara Hilton Hotel on Wednesday beating his rival Lutfi Aribogan by 12 votes.

Erdenay replaced Turgay Demirel, president of the Europe region of the International Basketball Federation (FIBA). Demirel had been president of the TBF for 23 years before he resigned in March.

Addressing the assembly after the vote, Erdenay thanked the delegates and said he would do his best to move Turkish basketball forward and achieve his promises. "I need the support of everyone and my door is open to everyone," he said.
Last Update: May 28, 2015 11:27 pm
RELATED TOPICS