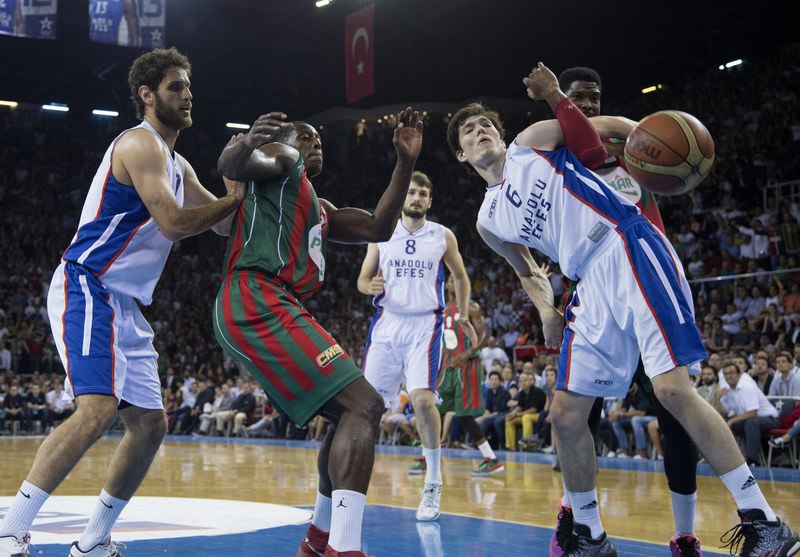 by Anadolu Agency Jun 20, 2015 12:00 am
Pınar Karşıyaka beat Anadolu Efes, 85-71, to become winners of the 2014-15 Turkish Basketball League in the fifth game of the playoff series at the Abdi İpekci Sports Hall in Istanbul on Friday night.

Dominating the game especially in the third quarter, Karşıyaka won the series 4-1.

Anadolu Efes' Greek small forward Stratos Perperoglou was his team's top scorer with 18 points. He was followed by French point guard Thomas Heurtel having 14 points; however, their individual efforts were not enough to win the match.

Turkey's southern Izmir province's legendary team had been longing for the championship for 28 years.

Pınar Karşıyaka playmaker guard Dixon was picked as "the Most Valuable Player" of the finals.

Fans and players of the Izmir team were jubilant, and celebrated their victory after the team was handed over the trophy.