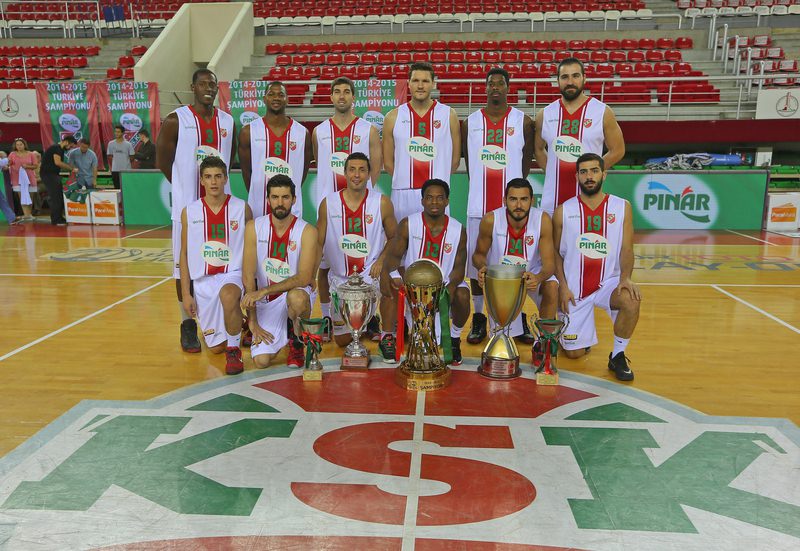 by Daily Sabah Jul 01, 2015 12:00 am
Along with Fenerbahçe Ülker and Anadolu Efes, newly crowned champions Pınar Karşıyaka and wildcard-granted Darüşşafaka Doğuş have qualified to compete in the Turkish Airlines Euroleague next year.

Pınar Karşıyaka and Darüşşafaka Doğuş will join the competition for the first time in their history.

Founded in 1966, Pınar Karşıyaka also has a very successful record on the domestic stage. Since the 1999-2000 season, the team was among the top eight Turkish clubs 12 times, reaching the semi-finals three times. Pınar Karşıyaka, known for its huge support and one of the few Turkish clubs with a fan base of basketball literacy, also won the Turkish Cup in the 2013-2014 season and the Presidential Cup in 2014.

Darüşşafaka Doğuş, one of Turkey's oldest basketball clubs founded in 1951, was one of the first Turkish clubs to compete on the European stage. After financial problems in the early 2000s, Doğuş Holding, one of Turkey largest conglomerates, started supporting the team in 2013. After being promoted to the top tier of Turkish basketball in the 2013-2014 season, Darüşşafaka finished third in the regular season.