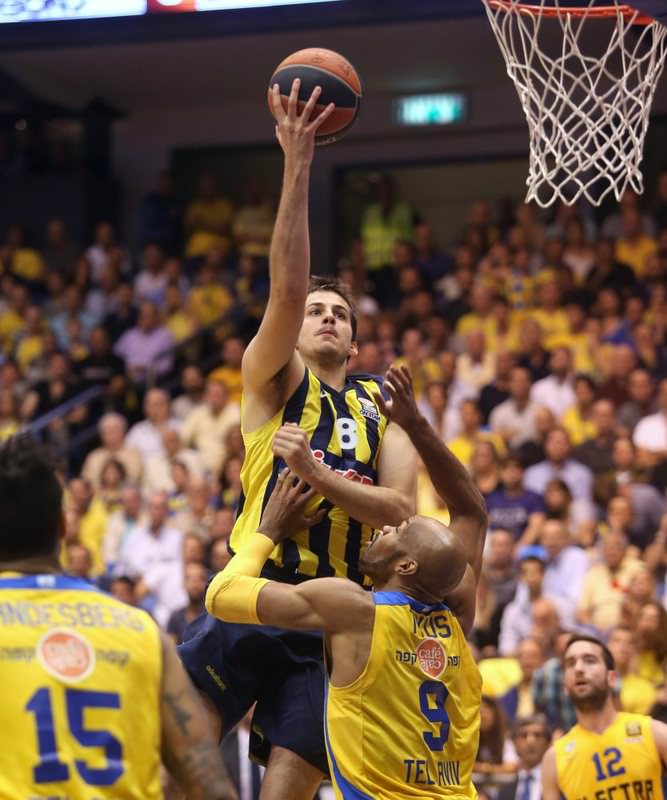 by Kenny Laurie Jul 07, 2015 12:00 am
Fenerbahçe's star Nemanja Bjelica has signed for National Basketball Association (NBA) team the Minnesota Timberwolves on a three-year deal as he fulfills a life-long dream to move to the NBA.

The Serbian star, who was instrumental to Fenerbahçe's run to the EuroLeague semi-finals last season as well as Serbia's World Cup final spot in 2014, cannot move until Thursday when free agency officially starts but a source with knowledge of the situation has told The Associated Press (AP) that the deal is done.

Bjelica is expected to earn nearly $12 million over the three-year contract as the Timberwolves look to add some much-needed experience to the team.

Bjelica released a statement on Monday night thanking the Timberwolves and coach Flip Saunders for showing confidence in him as well as thanking Fenerbahçe and their coach Zeljko Obradovic for the experience in Turkey.

wolves and fulfill my dream of playing in the NBA," Bjelica said in a statement. "Thank you Flip Saunders and the rest of the organization for the confidence you have shown in me. I'm looking forward to joining the team and helping it become a contender. I want to thank my former club, Fenerbahçe, its players and Coach Obradovic for two wonderful years in Istanbul and all we achieved together."

rmer General Manager David Kahn. The Serb was a relative unknown back then with few expecting him to take the jump stateside. But the power forward has grown leaps and bounds since, becoming one of Europe's top big men.

In leading Fenerbahçe to the Final four of the EuroLeague last season, Bjelica was awarded the MVP award among a crowded field.

Although the Timberwolves have suffered an NBA-worst 11-year playoff drought, the future is looking bright for the team. The Timberwolves are currently stocked with

three former number one draft picks in Karl-Anthony Towns - who was drafted this summer by the Timberwolves - as well as reigning Rookie of the Year Andrew Wiggins and Anthony Bennett, both of whom were acquired in a trade with the Cleveland Cavaliers last season in exchange for star player Kevin Love.