Galatasaray extend their winning streak to 9 after win over Fener 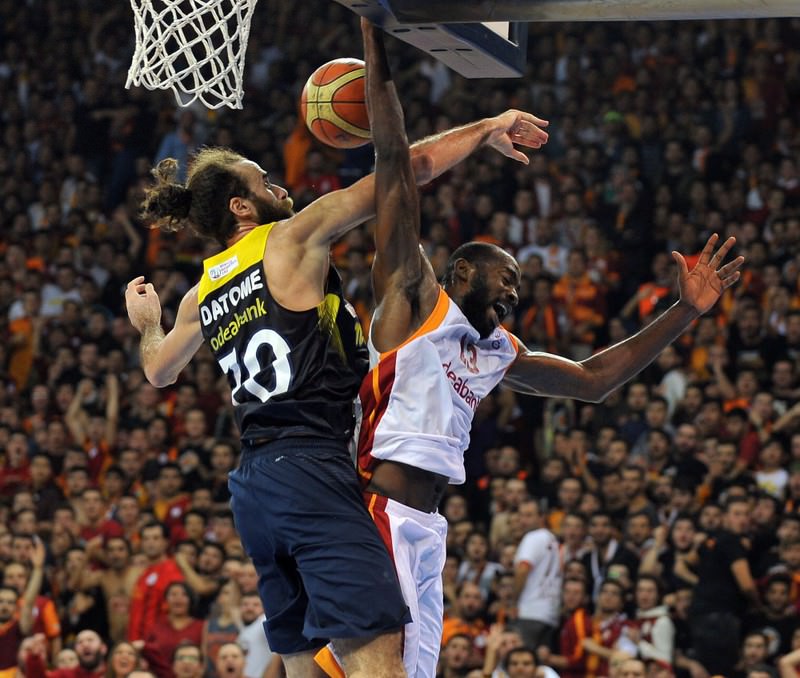 by Hakan Baş
Nov 04, 2015 12:00 am
In one of the great rivalries in Turkish basketball, Galatasaray Odeabank beat Fenerbahçe 80-63 on Monday in the fourth week of the Spor Toto Basketball League's fourth week, raising their winning streak at home against their archrivals to nine. The last time Galatasaray were beaten by Fener at home was during the 2010-11 season. Fenerbahçe coach Zeljko Obradovic has never won a game against Galatasaray on the Lions' ground. In other words, Obradovic has never won against Ergin Ataman on Galatasaray's home ground. Ataman said that fans must be proud of Galatasaray Odea because they did everything in a basketball team's power during the match against Fenerbahçe. Speaking in a press conference after the match, Ataman said, "We dominated in all aspects of the game. We gave an extraordinary performance. Please be aware that our rivals beat Real Madrid just four days ago."

Ataman emphasized that they were very aware of the various weaknesses of Fenerbahçe and that's why they utilized double team. Ataman said, "There was also a great atmosphere in the stadium. Our fans were fantastic and I congratulate them."

Fenerbahçe's team captain, Melih Mahmutoğlu, said "We knew how hard Galatasaray would play and we allowed them to play this way. We must accept that that was our fault. We had won against Real Madrid because we did not play to their style. I congratulate Galatasaray."