Basketball: Turkey's ‘fairies' to take on Israel in FIBA qualifiers 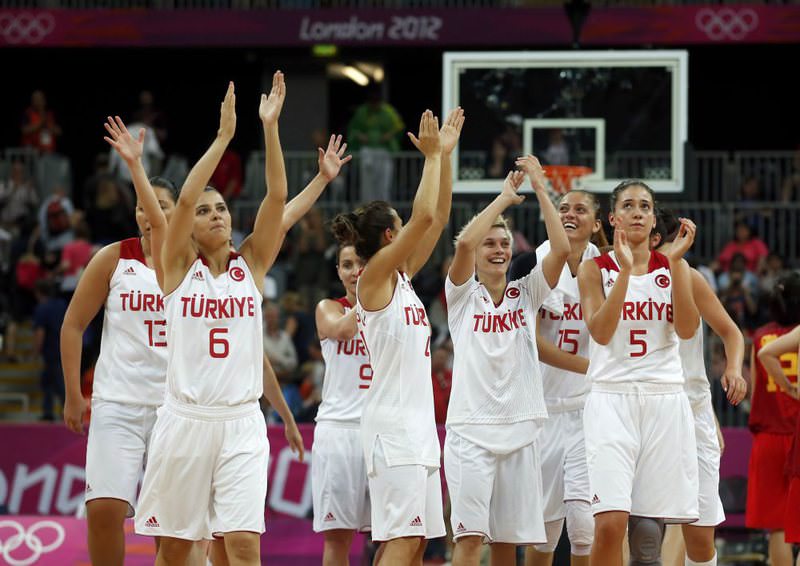 The national women's basketball team prepares to host Israel in Ankara this weekend for FIBA's Eurobasket Women 2017 qualifiers. Turkish team is confident of a win in a game that will be held under a heavy security presence

The national women's basketball team will face Israel in Saturday's FIBA Eurobasket Women 2017 qualifiers. The team's head coach, Aziz Akkaya, expressed confidence in his team's "energy." Israel is the first rival that Turkey have to beat in Group H before taking on Bosnia and Romania.

The match's venue is the Ankara Sports Hall, where there will be tight security measures to ensure the protection of the Israeli team. A basketball game between Turkey's Türk Telekom and Israel's Bnei Hasharon was suspended in 2009 following mass protests around the sports hall. Turkey is known for its staunch opposition to Israel's occupation of Palestinian territories and siege of Gaza. Some 2,500 policemen will be deployed around the sports hall and the team will be accompanied to and from their hotel, and to and from the airport by Turkish security forces.

Apart from tight security, the Israeli team, which recently dropped 10 places in the FIBA World Ranking to 45th place, will feel the pressure of the Turkish team, who rank 10th in the world rankings and has enjoyed a series of landmark wins in the recent years such as reaching the finals in the European Basketball Championship in 2011 and securing a place in the 2016 Rio Olympics qualifiers after beating Russia.

The team's head coach, Aziz Akkaya, said in a statement that Eurobasket qualifiers are important in terms of getting them better prepared for the Rio qualifiers. "There is no team we cannot beat as long as the team reflects its energy on the court," Akkaya said. Although the team is accustomed to critical matches, it has been a long time since they played in a European Championship game during a season and the team may be fatigued. "We have players fresh off league games both in Europe and Turkey but I am confident that they will do their best," Akkaya said.

Akkaya, who was appointed to the post of head coach earlier this month, said they were working on a new system. "It is like piecing together a puzzle. We are working to determine how long any player played in league games and we will not include tired players in the line-up," he said. Akkaya said he did not have plans for taking any extra measures against Israel and he will focus on the individual training of players.Arzu Özyiğit, the manager of the team, said she was confident of Akkaya, who knows the team very well as he previously served as a deputy coach. "Our players play in a competitive league and they are seasoned both in the Turkish league and in European games. Tough games are not really a problem for them," she said. Özyiğit said there weren't any major injuries among the team except Cansu Köksal who will not play in Saturday's game due to an ankle injury.