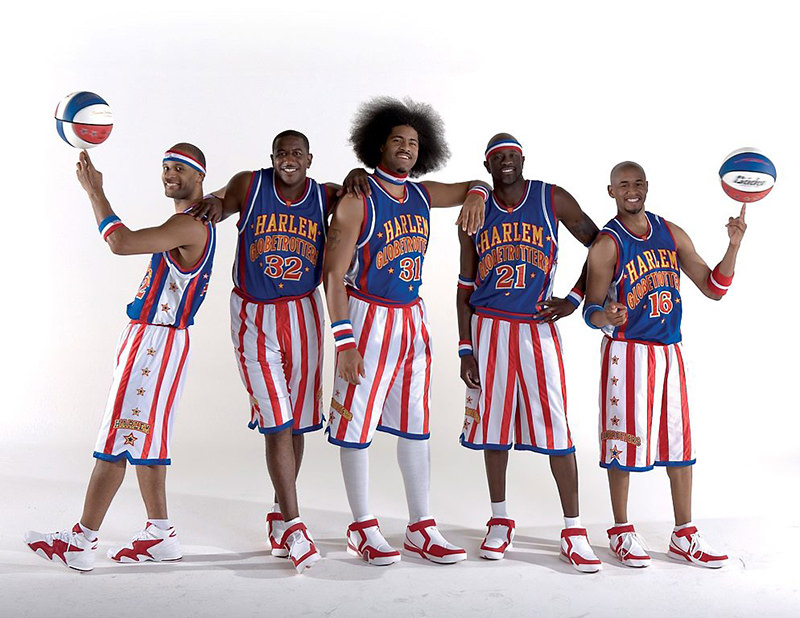 
Percussion group STOMP teamed up with the Harlem Globetrotters star players to play basketball beats on an outdoor court in celebration of the team's 90th anniversary.

Joining forces on an outside court in Greenwich, New York, the two sides played some rhythmical basketball beats.

The video, filmed last year, was shot in one take and took seven attempts, a spokesperson for STOMP said.

Harlem Globetrotters are an exhibition basketball team that combine athleticism, theater and comedy and perform to millions around the world.

The Harlem Globetrotters began in Chicago in the late 1920s, organized by a white businessman, Abe Saperstein, as a barnstorming team. It provided one of the few opportunities for black men who wanted to play professional basketball in the days of segregation, traveling the country and taking on community teams.

The forerunner of the National Basketball Association was established in 1946 but the league was all white until 1950, which gave the Globetrotters their pick of elite black players. While the NBA style of play was basic, deliberate and staid, the Globetrotters were playing with the flair that characterizes today's NBA - acrobatic dunks, behind-the-back passes, flashy dribbling and a showman's sensibilities.

In addition to other independent teams, the Trotters played college all-star teams and defeated the Minnesota Lakers, the top pro team, in 1948 and 1949.

Once the NBA began accepting black players, the Globetrotters' talent pool became more shallow and they began to rely more on comedy and flash.

They would start the show with a warm-up display of fancy passing and ball spinning in a mid-court circle to their whistled theme song "Sweet Georgia Brown."

Created by Luke Cresswell and Steve McNicholas in Brighton, U.K. in 1991, Stomp uses a variety of everyday objects as percussion instruments to create a physical theatre performance.

Most recently, they took the stage at the musical segment of the 2012 Summer Olympics closing ceremony in London, performing along the Spice Girls and Emeli Sande.