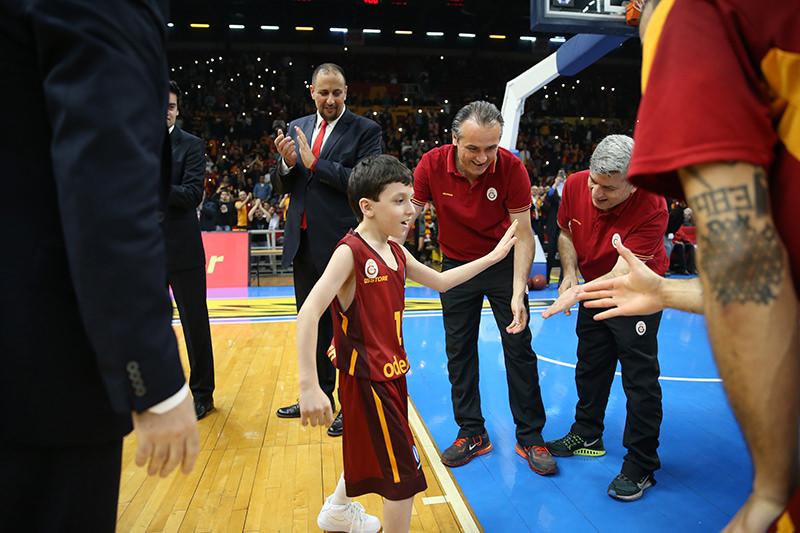 Maybe humanity is not dead after all. Turkish basketball team Galatasaray Odeabank made a 9-year-old cerebral palsy patient's dreams come true on Tuesday.

Little Yusuf Okur had always dreamt of being part of his favorite basketball team and bear the red and yellow uniform proudly someday. Sadly, Yusuf cannot play in the same ways as other children as he suffers from cerebral palsy which is a permanent disorder that affects the development of movement and posture.

The team signed a one-day contract with Yusuf on Tuesday and he joined his teammates in the pre-game ceremony as an official player in the Eurocup match against Pınar Karşıyaka.

Stating that the club had participated in many social responsibility projects recently, Galatasaray's Basketball Branch General Manager Ömer Yalçınkaya said that Galatasaray is currently working with the "One life, thousand hopes" association as part of the "One Team" program by Euroleague. The program aims to help young children with cerebral palsy overcome social and physical barriers they face in their everyday lives with the help of basketball.

Galatasaray Odeabank, Pınar Karşıyaka and Banvit won their way through to the Last 16 stage of the ULEB Eurocup on Feb.11 by defeating their Italian and Spanish rivals.

Galatasaray knocked out Pınar Karşıyaka 93-65 in Tuesday's match, securing a ticket to the quarter-final.

In the quarter-finals, Galatasaray will face the winner of the Bayern Münih-Alba Berlin showdown.