Kobe countdown: The NBA star in quotes, a day before the last game of his NBA career 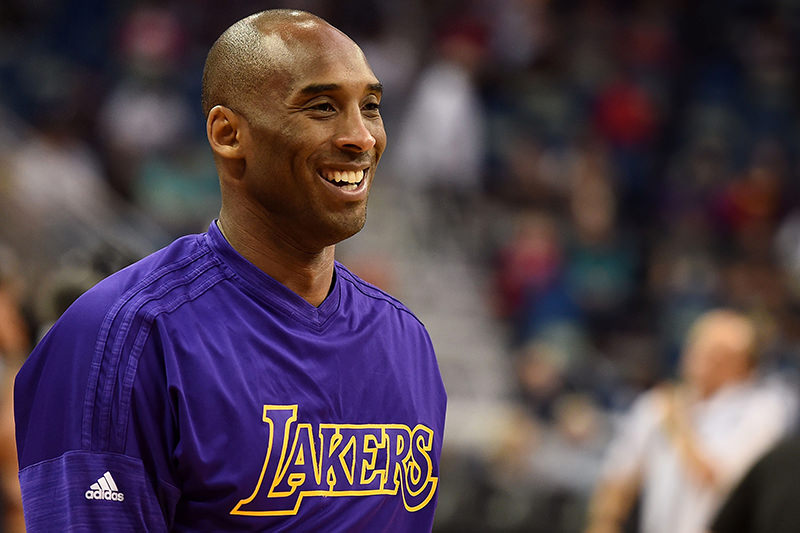 Those tuning in to the Los Angeles Lakers' season finale hoping for max Kobe Bryant will not go unsatisfied.

Lakers coach Byron Scott is in the business of giving the people what they want.

So, when asked the burning question regarding Bryant's playing time in his final game at home against the Utah Jazz on Wednesday, Scott said he plans to milk the 37-year-old for every last minute of his career before the five-time NBA champion can ride off into retirement.

"He'll play more than he has all season long," Scott declared after Bryant played just 19 minutes in Tuesday's 112-79 loss to the Oklahoma City Thunder.

"We were down 30 points. I wasn't going to put him in for a minute. At the six-minute mark, or something like that, of the third quarter, he was coming toward the sideline and I asked him how he felt. He was kind of like, 'I'm all right.' I said, 'Well, let's just end this right now and just get you ready for Wednesday.' There was no argument whatsoever. He just knew that at that particular time, he was done."

Bryant maxed out at 37 minutes this season in a November game against the Los Angeles Clippers.

Scott already has gone on record about his desire to let the Lakers star run wild, "I almost just want to play him 48 minutes," he said Friday — but that seems a tad unrealistic.

Bryant averaged just 27 minutes per game this season, and at some point there is only so much the old man can handle, as evidenced by his sideline Michelin Man impressions.

A healthy estimation probably falls somewhere in the middle, just enough to give everyone their fill.

'A BIG FAREWELL TO 20 UNFORGETTABLE SEASONS'

Now here's a look back at the wit and wisdom of Kobe Bryant ahead of the NBA icon's farewell game for the Los Angeles Lakers:

"I don't know if I can reach the stars or the moon, or whatever. If I fall off the cliff, the pedestal, so be it. I'll still be in there learning" - Bryant explains his decision to bypass college hoops.

"Winning takes precedence over all. There's no gray area. No almosts" - Bryant explains his hyper-competitive approach.

"To sit here and say I grasp what happened would be lying. Not even in my dreams" - Bryant on his 81-point haul against Toronto in 2006.

"I don't talk trash often, but when I do, I go for the jugular" - Bryant on trash-talking with rival Paul Pierce.

"These young guys are playing checkers. I'm out there playing chess" - Bryant on his cerebral approach basketball.

"I can't relate to lazy people. We don't speak the same language. I don't understand you. I don't want to understand you" - Bryant on his work ethic.

"It used to drive me crazy that he was so lazy. You got to have the responsibility of working every single day. You can't skate through shit" - Bryant reflects on Shaquille O'Neal's less than rigorous approach to training.

"I just got one more than Shaq. So you can take that to the bank" - Bryant takes aim at long-time rival and former team-mate O'Neal in 2010 after winning his fifth title.

"I have self-doubt. I have insecurity. I have fear of failure. I have nights when I show up at the arena and I'm like, 'My back hurts, my feet hurt, my knees hurt. I don't have it. I just want to chill.' We all have self-doubt. You don't deny it, but you also don't capitulate to it. You embrace it" - Bryant on his declining powers.

"There's certain players that I've made cry. If I can make you cry by being sarcastic, then I really don't want to play with you in the playoffs" - Bryant displays his views on team-building.

"Some of you took me in. Some of you didn't" - Bryant sums up his knack of dividing opinion as he confirms his retirement.

2000-2002: Bryant and center Shaquille O'Neal combine to spark the Los Angeles Lakers to three consecutive NBA titles. The Lakers win their first title since 1988 by defeating Indiana in the 2000 championship series, then downed Philadelphia in the 2001 final and swept New Jersey in 2002. Bryant became, at 23, the youngest player in NBA history to win three crowns.

2003-2004: Bryant was arrested after being accused of a sexual assault by a 19-year-old hotel employee in Colorado, where he was having a knee operation. Bryant admitted adultery but denied he forced the woman to have sex, the situation damaging his reputation. In 2004, the case was dropped by prosecutors after the accuser refused to testify. Bryant later apologized, saying he could see how there was miscommunication. A separate civil lawsuit between the two parties was settled but both sides refused to release details.

January 22, 2006: Bryant scored a career-high 81 points in a victory against the Toronto Raptors, a Lakers record and the second-highest game total in NBA history to the 100-point game of Wilt Chamberlain in 1962.

August 2008 and 2012: Bryant helped the US Olympic basketball team capture gold at Beijing and London after the Americans stumbled to bronze in 2004 at Athens. Bryant and his star power was a major attraction in China and together with LeBron James he helped the "Redeem Team" restore US pride and then defend the crown at London.

2009-2010: Bryant won his fourth and fifth NBA crowns, leading the Lakers past Orlando in 2009 and the Lakers in a dramatic seventh-game showdown in 2010.