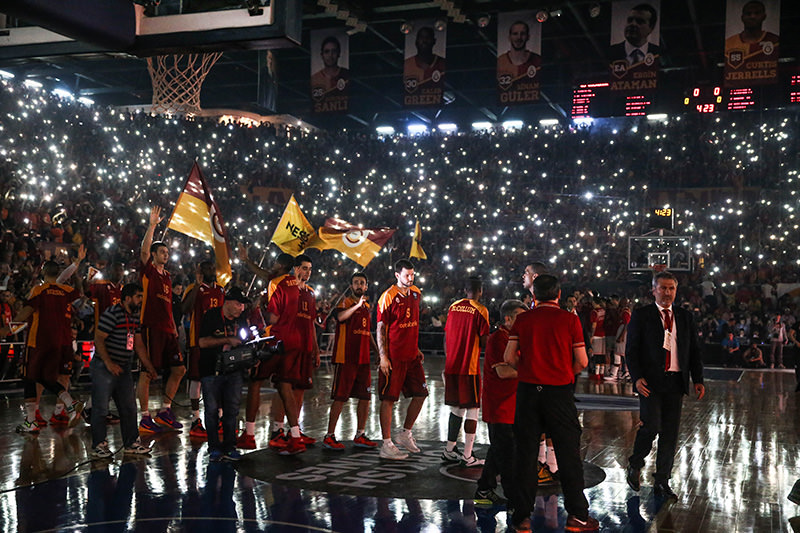 The Istanbul club won its first European title with the strong support of its 12,500 supporters at the Abdi İpekçi Arena. The tickets were sold out just in five minutes when they went on sale on April 19.

Galatasaray protected its lead in all four periods. Errick McCollum, who was chosen as the season's MVP in Eurocup, and Stephane Lasme from Galatasaray scored 16 points each and contributed to their team's victory, while Sinan Güler and Blake Schilb scored 14 and 11 points respectively. Veteran player and team captain Güler also led the team to keep their lead in the final period, when Strasbourg managed to score seven points in a row and bringing the score to 73-67 three minutes to the end of the match.

Mardy Collins was the topscorer for Strasbourg with 16 points.

Head coach Ergin Ataman said: "I am proud of my team, the players, the fans, Galatasaray, and Turkish basketball."

Galatasaray Odeabank have now earned the right to play in the 2016-17 Turkish Airlines Euroleague.

Last week in Strasbourg, the French team had downed Galatasaray 66-62 in the first set of the two final matches.