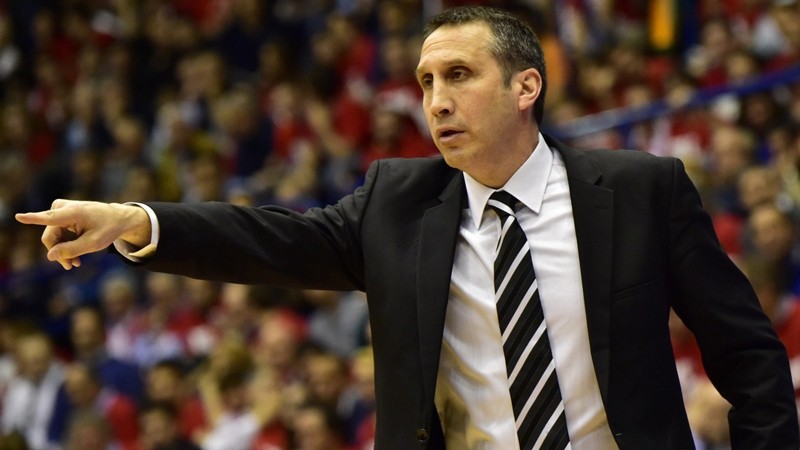 David Blatt will return to the sidelines next season after officially signing a multiyear contract on Thursday to become the next head coach of Darüsşafaka Doğuş in Istanbul. Blatt last coached in Europe in 2014, when he led Maccabi Tel Aviv to the Turkish Airlines Euroleague crown after a thrilling Final Four in Milan, Italy.

Blatt then signed with the NBA's Cleveland Cavaliers that summer and led the club to the 2015 NBA Finals.

He was 70-48 with the Cleveland Cavaliers before he was fired in January. Blatt was fired midway through his second season despite having them atop the Eastern Conference standings and leading the team to the NBA Finals last season.

This would not be the first time Blatt will coach in Istanbul as he spent the 2007-08 season at the helms of Efes Pilsen.

He has spent the majority of his coaching career with Maccabi, including six years as head coach and three as an assistant to Pini Gershon.

Blatt led Maccabi to a total of three Final Fours as head coach. He also helped do so three more times as an assistant, including the years that Maccabi won the FIBA SuproLeague title in 2001 and the Euroleague title in 2004.

Blatt was awarded the prestigious Russian Order of Friendship in 2014. That was the same year that Blatt led Maccabi to its biggest triumph in almost a decade, with a series of comebacks in the playoffs and the Final Four to win the Euroleague title for the fifth time.

At the end of that season, Blatt was named the 2013-14 Euroleague Basketball Alexander Gomelskiy Coach of the Year.

Blatt was on the short list of candidates under consideration to be head coach of the New York Knicks until the hiring of Jeff Hornacek.

Cleveland replaced Blatt with Tyronn Lue, his top assistant and a former NBA player who has known James since he was a 17-year-old high school phenomenon.

For many, Lue's ascension was the result of James not wanting Blatt around. There was an obvious disconnect between James and Blatt, who was wildly successful in Europe and hired by Cleveland before James decided to return to the Cavaliers as a free agent in 2014.