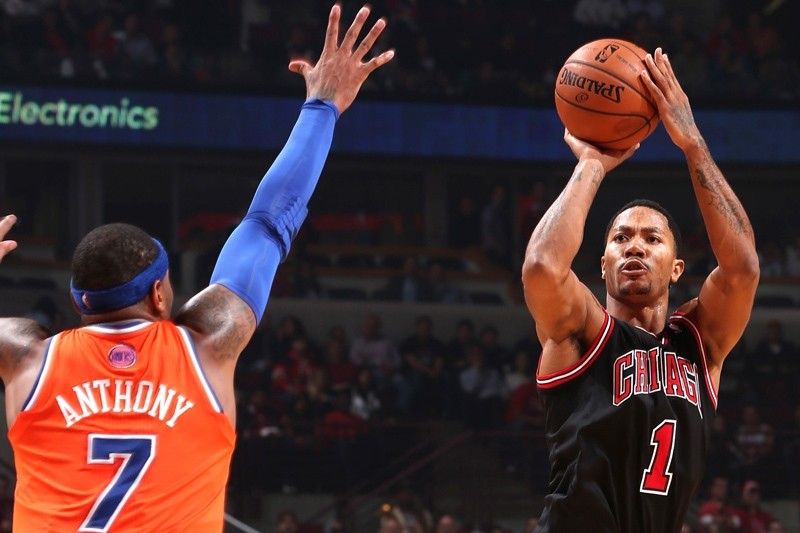 by reuters Jun 23, 2016 12:00 am
The New York Knicks made a major move to upgrade their ailing backcourt, acquiring former NBA MVP Derrick Rose from the Chicago Bulls.

On the eve of the 2016 NBA Draft, New York acquired Rose, guard Justin Holiday and a second-round pick in 2017 from Chicago for center Robin Lopez and guards Jerian Grant and Jose Calderon.

The oft-injured Rose tore his ACL in his left knee during the 2012 playoffs before tearing the meniscus in his right knee early in the 2013-14 campaign.

The Atlanta Hawks traded point guard Jeff Teague to the Indiana Pacers in a three-team deal, according to reports.