NBA stars do it again, win third consecutive Olympic gold for US 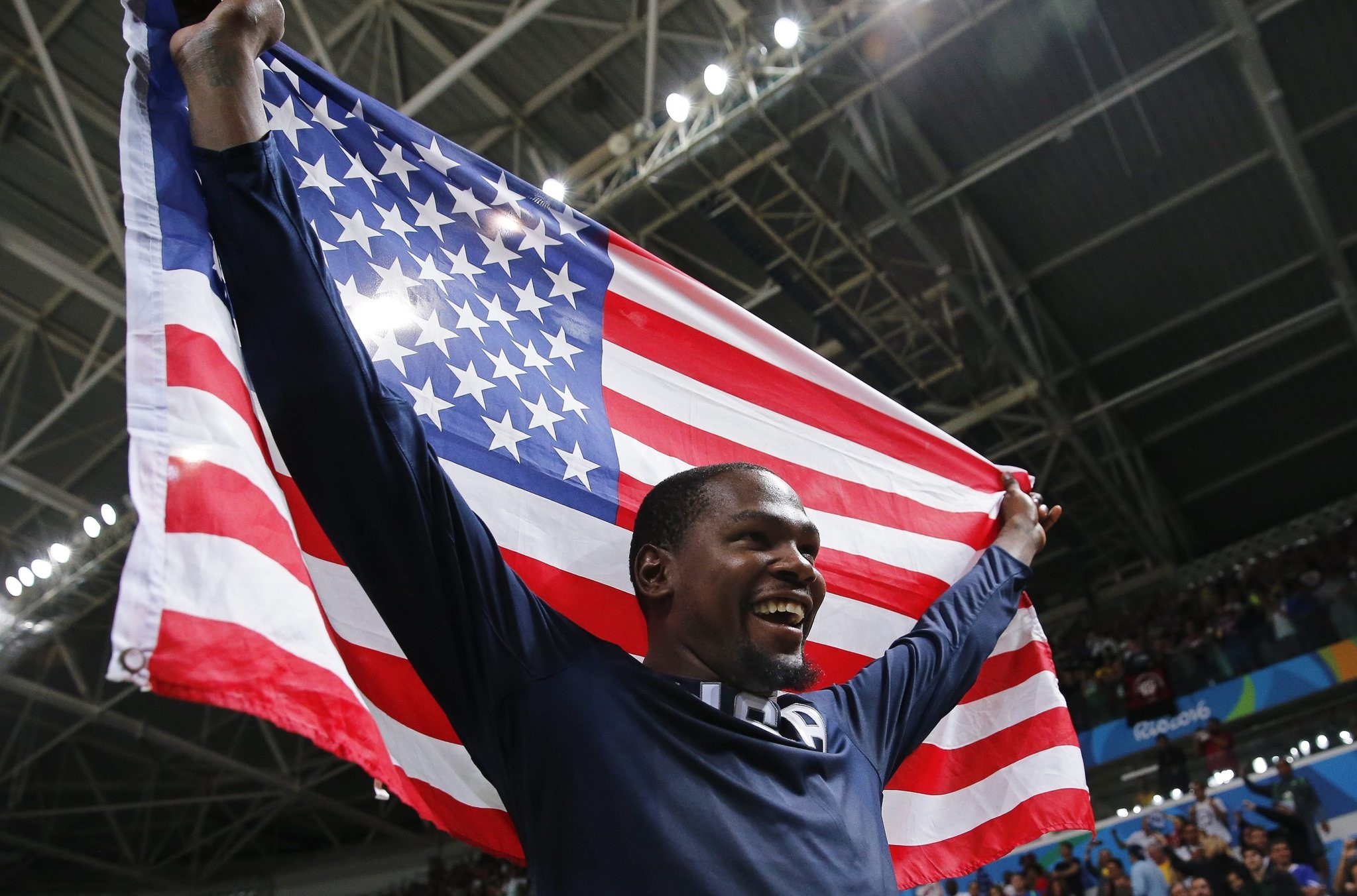 Kevin Durant of the USA celebrates after winning the men's Basketball gold medal game between Serbia and the USA at the Rio 2016 Olympic Games. (EPA Photo)
by French Press Agency - AFP Aug 21, 2016 12:00 am

Kevin Durant scored 30 points while DeMarcus Cousins added 13 points and 15 rebounds as the US squad cruised to a 15th overall men's basketball gold medal in the last event of the Rio Games.