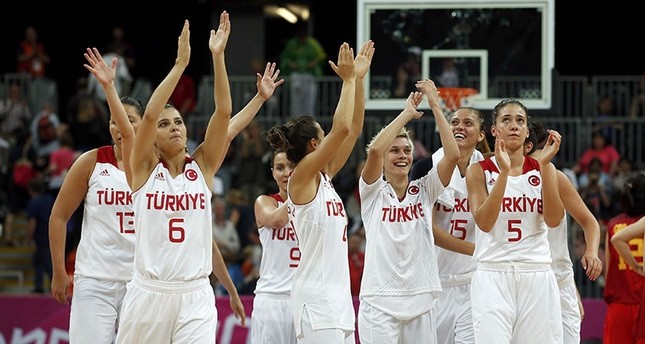 The hunt for a ticket to FIBA EuroBasket Women 2017 came to an end for Turkey as they overpowered Bosnia and Herzegovina in Ankara in their last qualifying match. With a 4-1 record, the hosts topped Group H, thanks to their 72-68 overtime win.

Bosnia and Herzegovina had grabbed an early 19-13 lead, but could not keep the advantage as Turkey replied with a 16-10 rally in the second quarter for a 29-29 score at the halftime.

Both teams tried hard for a win in the second half but none succeeded and extra time was needed. Turkey then produced an 11-7 run in the overtime to seal the victory.

Şaziye İvegin was the top-scorer for the winners with 16 points, while Tilbe Şenyürek, Işıl Alben and Birsel Vardarlı scored 12 each. Lynetta Kizer scored 24 points and Dragana Svitlica had 18 points to her name for Bosnia.

Six more tickets to the Final Round were also confirmed on the penultimate round of the qualifiers including first-timers Slovenia.

History was made as Slovenia claimed a 75-54 victory over Lithuania that ensured their Final Round debut next summer.

Sandra Pirsic posted a double-double of 10 points and 10 rebounds with Maja Erkic top-scoring with 16 points for their third win in Group A.

Ukraine also secured their spot after defeating Germany 85-61. They took their unbeaten run in Group D to 5-0, helped by 19 points and 10 rebounds from Olesia Malashenko.

Next to book their place at next year's finals were Russia, as they overcame Switzerland in a 65-56 for their fifth straight victory.

Meanwhile, also heading to the Czech Republic next summer are FIBA EuroBasket Women 2015 runners-up France after they cruised to a 79-46 win against the Netherlands. Celine Dumerc showed her class with 11 points, 5 assists and 6 steals in the victory to ensure her side top Group B with their fifth win in five games.

Italy rounded out the day's action by becoming the latest team to advance to the Final Round as they recorded a 71-52 home victory against Great Britain. Laura Macchi led the way with a 23-point haul, whilst also handing out five assists in the victory.

The six nations join the already qualified Spain and hosts Czech Republic in the Final Round with eight more spots up for grabs on Wednesday.

The 2017 European Women Basketball Championship, commonly called the EuroBasket Women 2017 will be the 36th edition of the continental tournament in women's basketball, organized by the FIBA Europe.