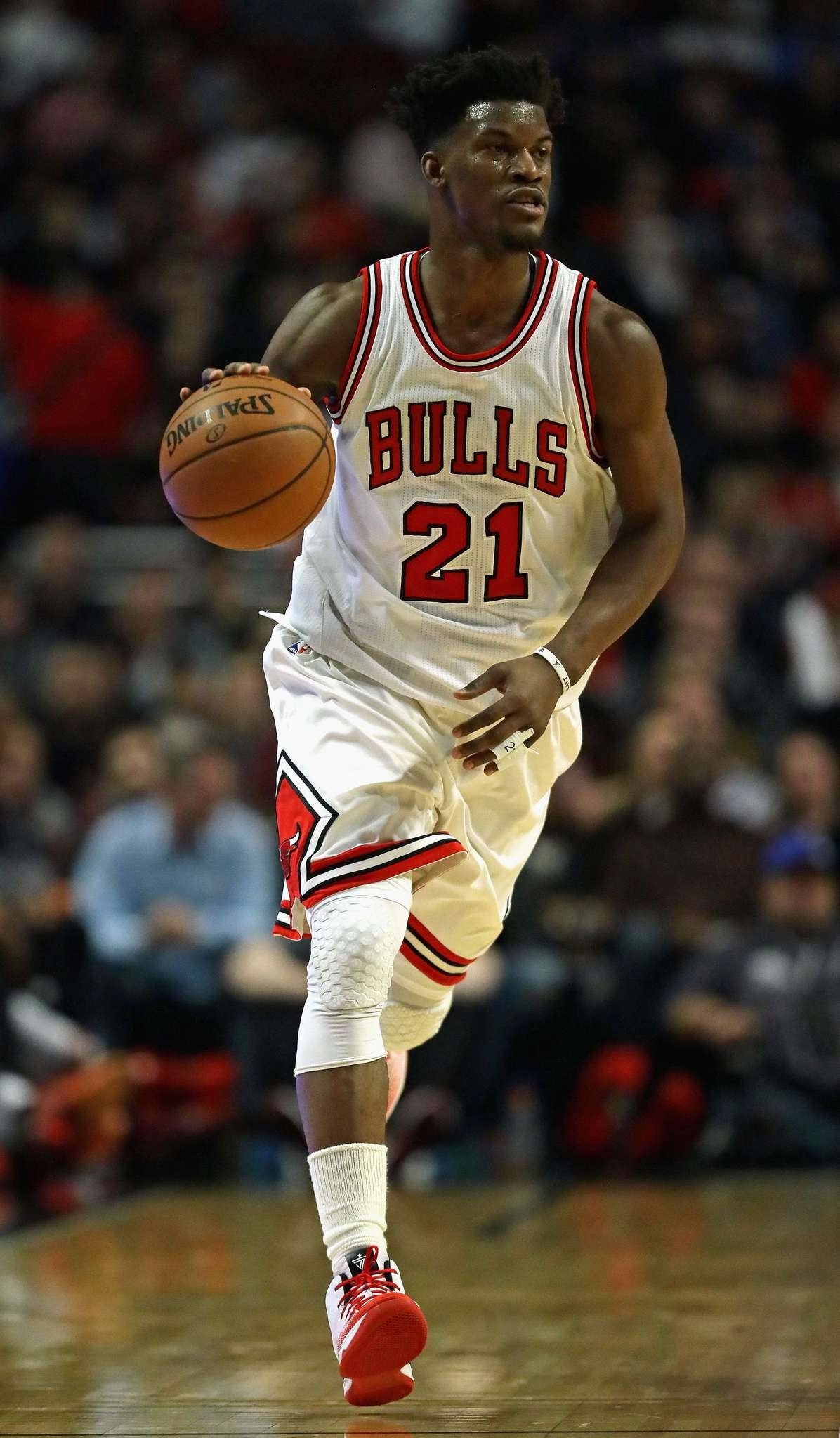 Jimmy Butler.
by Feb 18, 2017 12:00 am
NBA-leading Golden State will have their "fantastic four" in the All-Star Game under Western Conference coach Steve Kerr, but the Eastern Conference will be bringing a new flavor to the mid-season showcase in New Orleans on Sunday.

The Cleveland Cavaliers teammates will be joined in the starting lineup by Chicago forward Jimmy Butler and Toronto guard DeMar DeRozan, who have been invited before but are making their first starts among the league's most elite players.

Milwaukee forward Giannis Antetokounmpo of Greece is starting in his first-ever all-star appearance. Lining up on the opposite side for the 7 p.m. Sunday tipoff are four stalwarts, guard Stephen Curry and new Golden State teammate Kevin Durant at forward, along with guard James Harden of Houston and forward Kawhi Leonard of San Antonio.

Anthony Davis of hosts New Orleans is the Western Conference's only first-time starter, though he has played before and would have started two years ago if not for an injury.

In the conference rankings, the Celtics trail the defending-champions Cavaliers, who are running away with the Central Division. Cleveland coach Tyronn Lue would have been in line for the all-star game but already held that honor a year ago, so by rule the baton was passed to Stevens as coach of the second-ranked team in the East. The Washington Wizards enter the All-Star break with a narrow lead over the Atlanta Hawks atop the South-East division.The Eastern Conference bench includes only one first-time all-star, Charlotte guard Kemba Walker. The other reserves are guards Isaiah Thomas of Boston, John Wall of Washington, and Kyle Lowry of Toronto, and forwards Paul George of Indiana, Paul Millsap of Atlanta and Carmelo Anthony of New York, who was named as a substitute for the injured Kevin Love of Cleveland. Golden State coach Steve Kerr will call the shots for the Western Conference, with his Warriors holding a league-best 47-9 record as they run away with the Pacific Division.

The Warriors under Kerr won a championship in 2015, but were denied a repeat by the James-led Cavaliers in the NBA Finals in June.

After June's NBA finals collapse against Cleveland, Golden State lured Durant away from Oklahoma City, making them strong favorites to win it all again this year with their "fantastic four," including Curry and all-star reserves Klay Thompson at guard and Draymond Green at forward.

The San Antonio Spurs have the second-best record in the league at 43-13 to lead the South-West Division, while the Utah Jazz are atop the North-West Division. The rest of the Western Conference bench consists of two first-time all-stars, Clippers center DeAndre Jordan and Utah guard Gordon Hayward, plus centers DeMarcus Cousins of Sacramento and Spaniard Marc Gasol of Memphis, and guard Russell Westbrook of Oklahoma City. After a six-day break, NBA play resumes on Feb. 23 as the league rushes to the April 12 regular-season conclusion, before the start of the playoffs.
RELATED TOPICS