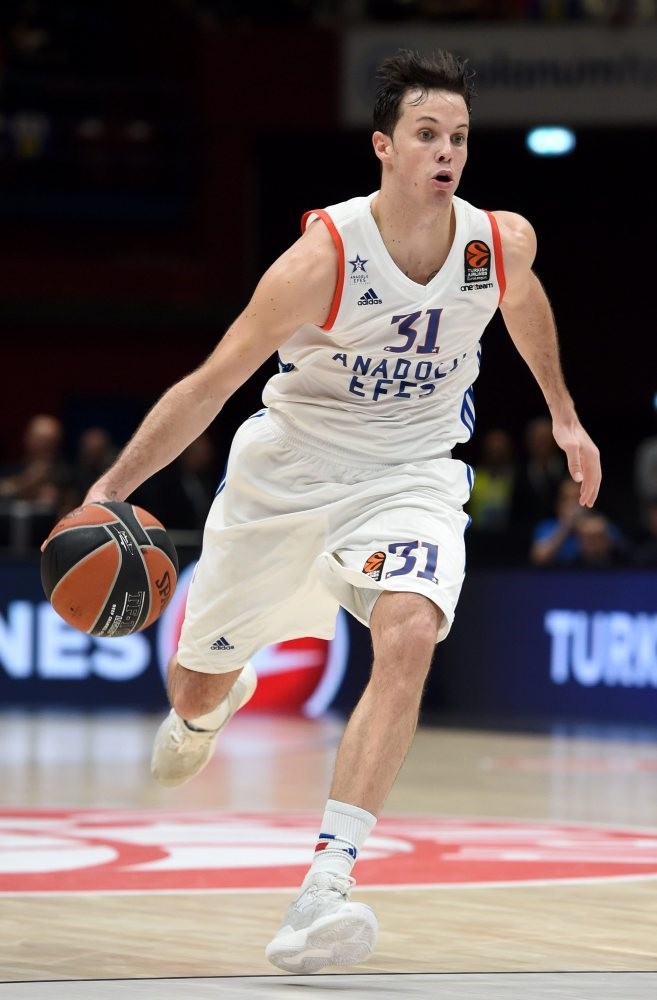 by Daily Sabah Mar 01, 2017 12:00 am
In the short but pivotal month of February, no Turkish Airlines Euroleague team has made a bigger move in the standings than Anadolu Efes. And no player was more instrumental in his team's perfect record this month than Efes playmaker Thomas Heurtel, who has been named the Euroleague's MVP of the month.

With Heurtel averaging a double-double off the bench, Efes defeated two higher-placed teams among its three February wins to jump from just outside the playoff zone to solidly inside it. He was the driving force that made Efes the Euroleague's best team this month in both scoring and assists, not only leading his team in points, but setting up his teammates with one great pass after another.

In doing so, Efes overtook two key competitors for the playoffs and is breathing down the neck of a third. If its February momentum ultimately leads Efes into the playoffs, Heurtel's fingerprints will be all over that success.

The MVP of the month honor is now in its 13th season. Although statistics and performance index ratings are taken into consideration for the award, they alone do not determine who is honored. The winner is named by Euroleague basketball based on his and his team's performance. The award for February was based on the three regular season games that all teams played during the month.

Heurtel becomes just the third Efes player to be named MVP of the month in the 13-year history of the award, following Kaya Peker in the 2005-06 season and Dario Saric two years ago. Both of them had won in November, while Heurtel led the charge in the crucial month of February, giving Efes a strong chance to make it to the playoffs with seven games left in the team's most demanding season in Euroleague history.

For that, Efes fans will be sure to show their thanks when Heurtel receives his award at the team's upcoming home game.
RELATED TOPICS