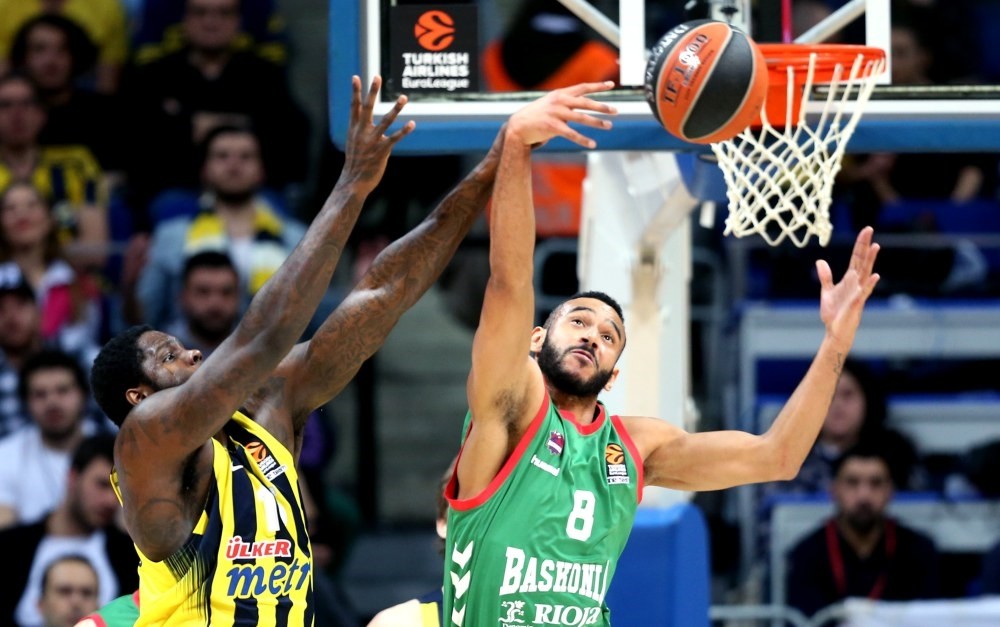 Baskoniau2019s Adam Hanga (R) in action against Fenerbahu00e7eu2019s Anthony Bennett (L).
by Anadolu Agency Mar 11, 2017 12:00 am
Turkish basketball teams Fenerbahçe and Galatasaray both suffered defeats on Thursday in their Euroleague regular season match-ups. Fenerbahçe lost 74-79 at home to Spanish squad Baskonia Vitoria Gasteiz at Istanbul's Ülker Sports Arena. The loss dropped Fenerbahçe to 16-9 for the season but the team managed to retain fourth place in the standings.

Baskonia improved to 14-11 and remains in the playoff race after Round 25. A 19-point output by Shane Larking helped spark Baskonia's victory. Bogdan Bogdanovic's 26 points and 8 assists was not enough for Fenerbahçe who was hampered by the absence of center Ekpe Udoh. The defeat snaps Fenerbahçe five-game home winning streak. In other play, Galatasaray Odeabank was no match for regular season leaders CSKA Moscow as the Russian team won handily 85-69.