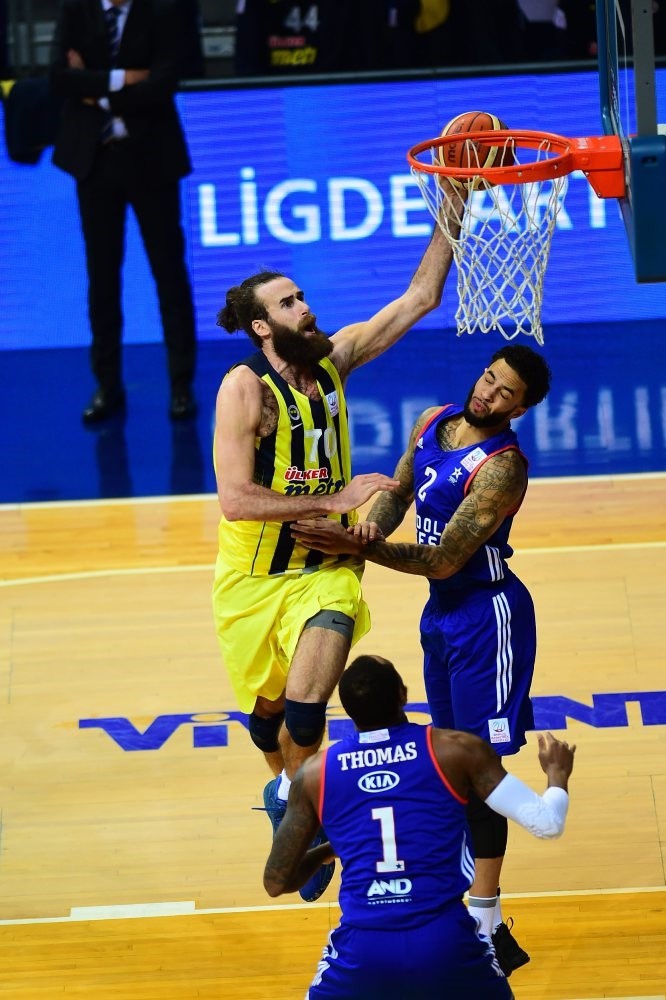 Anadolu Efes will take on Fenerbahu00e7e today in Euroleagueu2019s 28th week match.
by Daily Sabah Mar 23, 2017 12:00 am
Euroleague Basketball President and CEO Jordi Bertomeu shared the official logo for the 2017 Turkish Airlines Euroleague Final Four in Istanbul with the attendees of a press conference on Tuesday in the Turkish metropolis. The specially designed logo builds on the newly evolved Euroleague identity and the updating of the standard logo for the Turkish Airlines Euroleague, which was unveiled last summer as the continent's premier basketball competition entered a new era with a new competition structure.

The event logo integrates the Euroleague brand into an imaginary Final Four world that features some of the central elements of basketball, the ball and the video cube, mixing the sport and entertainment angles of the event, while adding a touch of locally flavored elements, including the Istanbul skyline.

Bertomeu was joined at the dais for the press conference by CEO Mehmet Ali Aydınlar of the Acıbadem Healthcare Group, which has become the newest Euroleague Basketball partner and the official medical services provider for the next two Turkish Airlines Euroleague Final Fours.

Euroleague Basketball President Bertomeu also said Turkey will be represented with two teams next year instead of four in accordance with the new format.

"We are still building the league structure. We had decided before. We want more Turkish team in the system. Fenerbahçe and Anadolu Efes have been successful teams in Turkish basketball for years. Our responsibility is to coordinate the countries' successes and new league formats together. In the past Greek and Italy used to be represented by four teams but they now have two teams. We formed our league in parallel with the growth of basketball in the member countries."