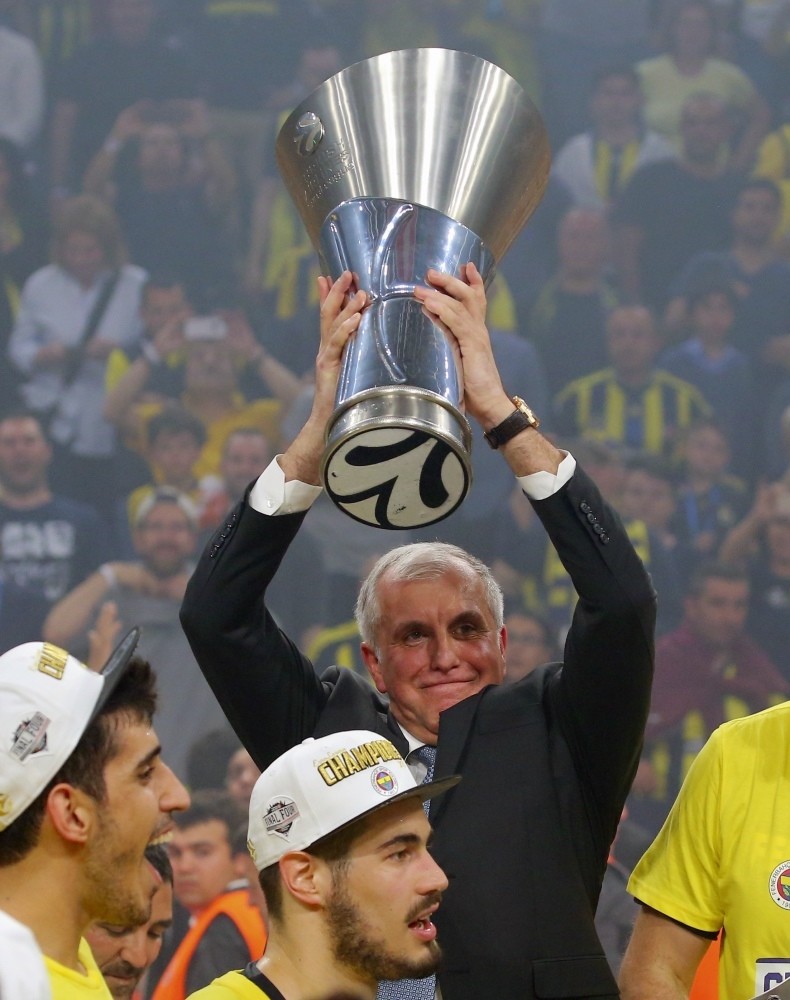 "Having 16 players, including young Ahmet [Düverioğlu] was something very positive for us," he said.

"We worked very hard, that is something you should do if you want to be successful at this level."

Obradovic, the nine-time EuroLeague champion coach also acknowledged the support given by Fenerbahçe fans, on their way to the championship.

They were "excellent," he said. "Their contribution to this trophy is huge."

Obradovic expected the fans would continue to show their support for Fenerbahçe in the Turkish Spor Toto Basketball Super League playoffs.

"It will be tough for us coming out of the Euroleague Final Four. But, the fans really help our game," he said.

Fenerbahçe's championship game was a massive event across Turkey, as a number of cities erected giant screens for public viewing.

Following the win, hundreds of thousands of fans across Turkey poured onto the streets, with the Bağdat Street and Yoğurtçu Park in Istanbul's Kadıköy district serving as the center of celebrations. The team also celebrated the win with fans in a bus tour in Kadıköy Monday.

As teams begin preparations for the next season, Obradovic said he does not want to make any major changes to his squad.

"Our plan right now is to continue playing at this level in the Turkish playoffs. Once it is done, we will sit and talk everything about our plan for the next season," he said.

"Honestly I don't think that we need lots of changes. But like always, let's finish the season, first."

It's hard to argue with the logic of the man who has coached 500 games in the EuroLeague and finds motivation from his love of basketball. "I like basketball. I am very happy. This is my home. I spend every day here. I feel very happy coming to practice in the morning or in the evening," the EuroLeague legend said.

"I am very happy because I have the pleasure to share the feeling with these people over here. The first European title in the history of a big club like Fenerbahçe," Obradovic said.

"Thanks everyone who supported us. This trust that we have from our fans is something that motivate us to always work harder. Without them, nothing would make sense," he concluded.