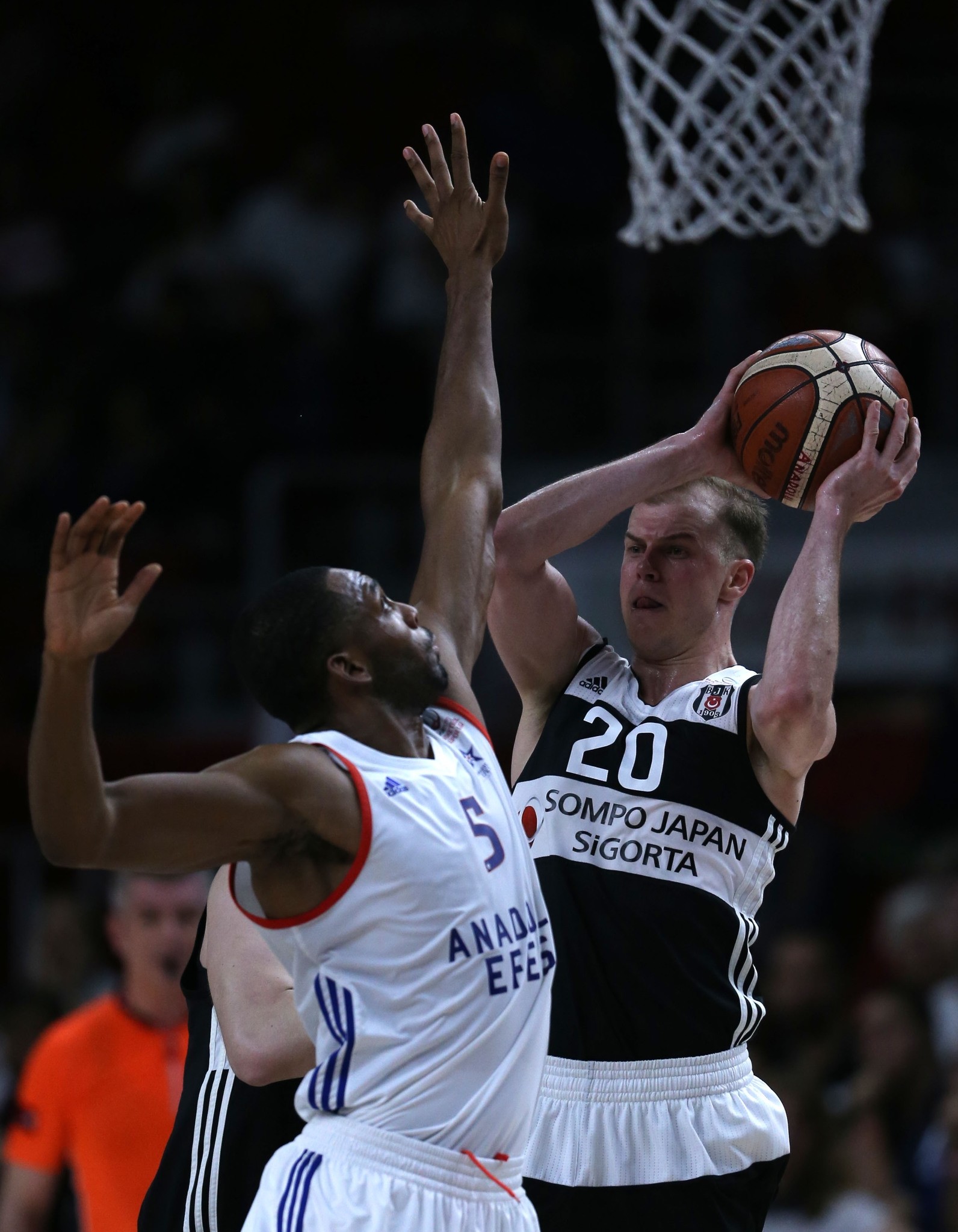 On their way to the finals, Beu015fiktau015f dominated Anadolu Efes who managed to claim only the fourth quarter.
by Daily Sabah Jun 08, 2017 12:00 am

Beşiktaş fired past Anadolu Efes in Game 4 to join archrivals Fenerbahçe in the Basketball Super League Finals (BSL). The game was mostly dominated by Beşiktaş as Anadolu Efes managed to claim only the fourth quarter 23-21. However, it was not enough to take a lead and claim the victory for Efes, who scored 22 out of their 24 free shots (91.7 percent) during the game. For the winners, Serbian center Vladimir Stimac (210-87) fired a double-double by scoring 18 points and 12 rebounds, with seven of nine shooting from the field. In the meantime, American-Tunisian Michael Roll (197-87) chipped in 22 points and four assists.

Beşiktaş coach Ufuk Sarıca was confident and used the entire bench, allowing the starters a little rest for the next games. Anadolu Efes's French guard Thomas Heurtel (189-89) produced 15 points and 5 assists while American-Armenian center Bryant Dunston (203-86) added 13 points and seven rebounds respectively. Four Anadolu Efes players scored in the double figures. Beşiktaş won the game with its president Fikret Orman sitting courtside and having a minor quarrel with Anadolu Efes fans during the first quarter. That was the only moment during which Efes in any capacity tried to fight back against a dominating Beşiktaş.

As Beşiktaş is turning heads around Europe by reaching the BSL finals, at least one of its members is ready to leave Istanbul.Michael Roll's contract with the club includes a buy out offer which the side of the player is ready to use in order to become a free agent. According to Eurohoops sources there's interest for the former UCLA Bruin at least from two EuroLeague teams. Roll is having a solid season and his shooting ability, something that was evident from his college days, is what makes him valuable for every team.