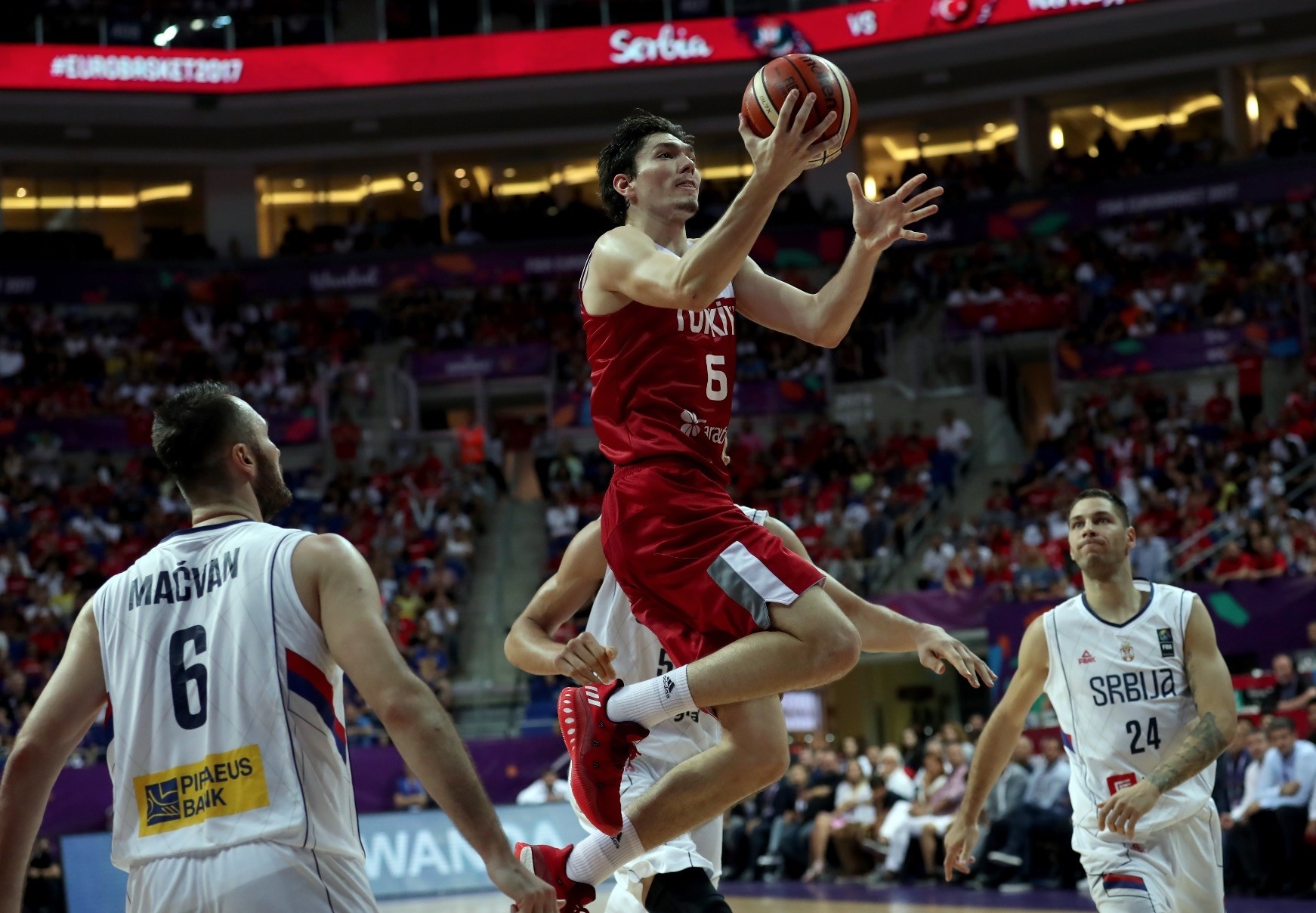 EuroBasket 2017 hosts Turkey will be looking to boost their morale as they face Latvia in their last Group D match Thursday. Earlier Monday, Turkey's woos in the EuroBasket continued as they suffered yet another defeat, this time in the hands of Serbia in their Group D match in Istanbul. The Serbs, on the other hand, picked up their second victory in three games as they downed Turkey 80-74.

In the match, Bogdan Bogdanovic's late intervention plus the playmaking brilliance of Stefan Jovic helped Serbia defeat Turkey. A late surge by Bogdanovic plus the cold blood of Serbian shooters down the stretch made the difference. Bogdan was away from his usual self for the majority of the match but emerged as a true leader in the last minutes of the fourth period. When Turkey gained a 57-59 lead, Bogdanovic erupted, scoring 11 out of his 17 points in less than two minutes to provide his squad a 70-65 advantage with 3:44 remaining.

Turkey reacted thanks to its top player, Melih Mahmutoğlu (19 points, 5/9 3-pointers) but a pair of triples by Stefan Jovic (15 points, nine assists) and Vladimir Lucic (seven points) retained Serbia's lead and then Ognjen Kuzmic sealed the result, making it a three-possession game, 79-72. The situation vastly improved in the second period and Turkey even went ahead in the fourth before Serbia struck back for the win. Yet the story of the game could've been written differently if the hosts didn't carry the baggage of an early deficit from most of the game's duration. The FIBA EuroBasket 2017 is being held in Turkey's Istanbul, the Finnish capital Helsinki, Tel Aviv, Israel, and the northwestern Romanian city of Cluj-Napoca. The tournament will end on Sept. 17 with its final match in Istanbul.