Turkey knocked out of EuroBasket 2017 after Spain defeat 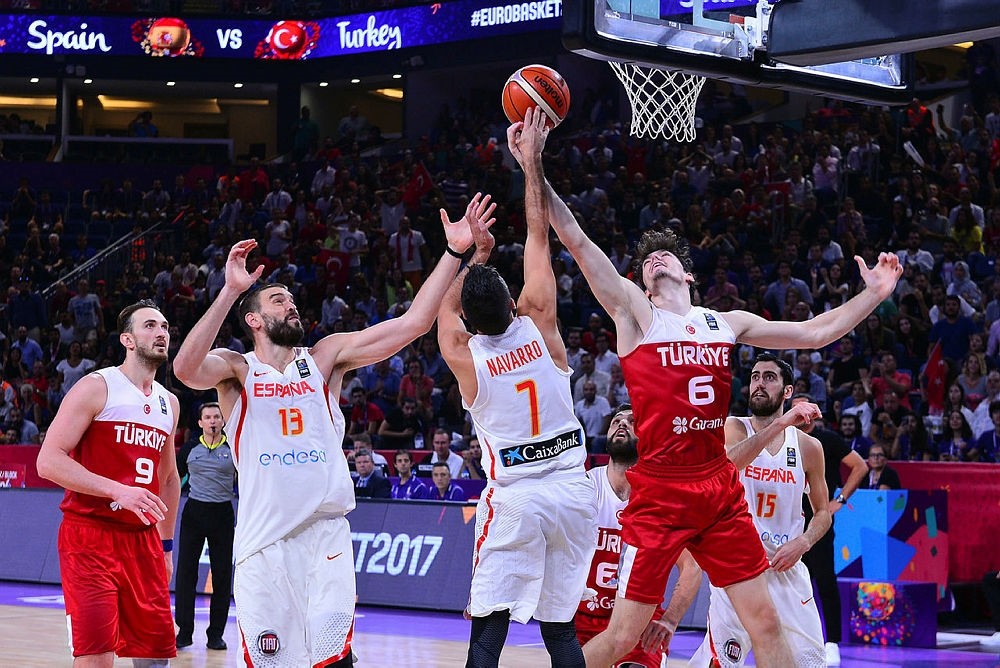 Turkey have been knocked out of EuroBasket 2017 after being defeated by tournament-favourites Spain 73-56 on Sunday evening.

The Round 16 match in Istanbul's Sinan Erdem Dome saw a resilient Turkish squad, as they managed to handle Spain for three quarters.

'12 Giant Men', as Turkish Men's National Basketball Team is called, were down but not completely out throughout the first three quarters, as they were only down by six, 49-43 after thirty minutes.

Spain -- who have an NBA-patented squad in the tournament like Ricky Rubio, Pau Gasol and his brother Marc Gasol -- were too much for Turkish youngsters in the fourth quarter and managed to outscore Turkey by 11 points.

For Turkey, Furkan Korkmaz's game-high 20 points and five rebound performance was not enough.

Point-guard Ricky Rubio scored 15 points while Sergio Rodriguez chipped in 11 points and dished out 9 assists on the way to the Spanish victory.

Spain, with the win, advanced to Quarter Final and set up a clash with Germany.

In the last matchup of the day, Russia dominated Croatia in the last two quarters to advance to Quarter Final.

Russians shot the lights out from the three-point line (24/35) to make Croatians pay for their mistakes and win the match 101-78.

Point guard Alexey Shved was on top form and finished with 27 points and 12 assists in the victory.

Here are the Quarter Final matchups in EuroBasket 2017: