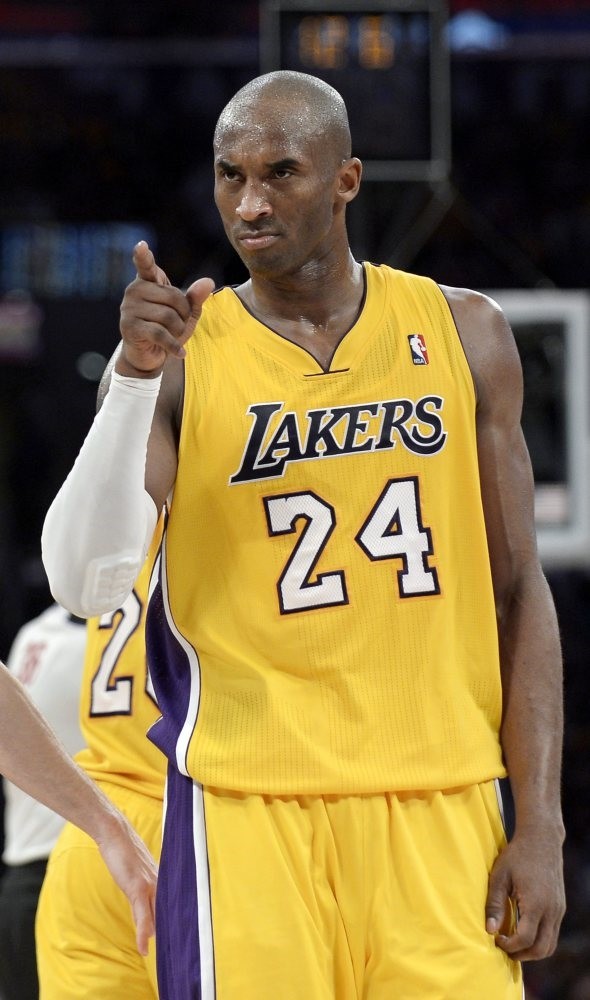 One retired jersey number just isn't enough for Kobe Bryant and the Los Angeles Lakers. The Lakers will retire Bryant's No. 8 and No. 24 in a ceremony Dec. 18 during their game against Golden State, the franchise announced Tuesday. Bryant wore No. 8 from 1996 to 2006, when he switched to No. 24 for the remainder of a 20-year career spent entirely with the Lakers. He will be the 10th player honored by the Lakers with a retired number hung high on the Staples Center wall, but the first in NBA history to have two numbers retired by the same team.The five-time NBA champion and 18-time All-Star selection is the Lakers' franchise leader in points (33,643), games played (1,346), 3-pointers (1,827), steals (1,944) and free throws (8,378), among countless superlatives. Bryant is the third-leading scorer in NBA history after becoming the first player to spend at least 20 seasons with one franchise. He retired in 2016 with a bravura 60-point performance in his farewell game against Utah.

"As a kid growing up in Italy, I always dreamed of my jersey hanging in the Lakers rafters, but I certainly never imagined two of them," Bryant said in a statement. "The Lakers have bestowed a huge honor on me, and I'm grateful for the fans' enthusiasm around this game."