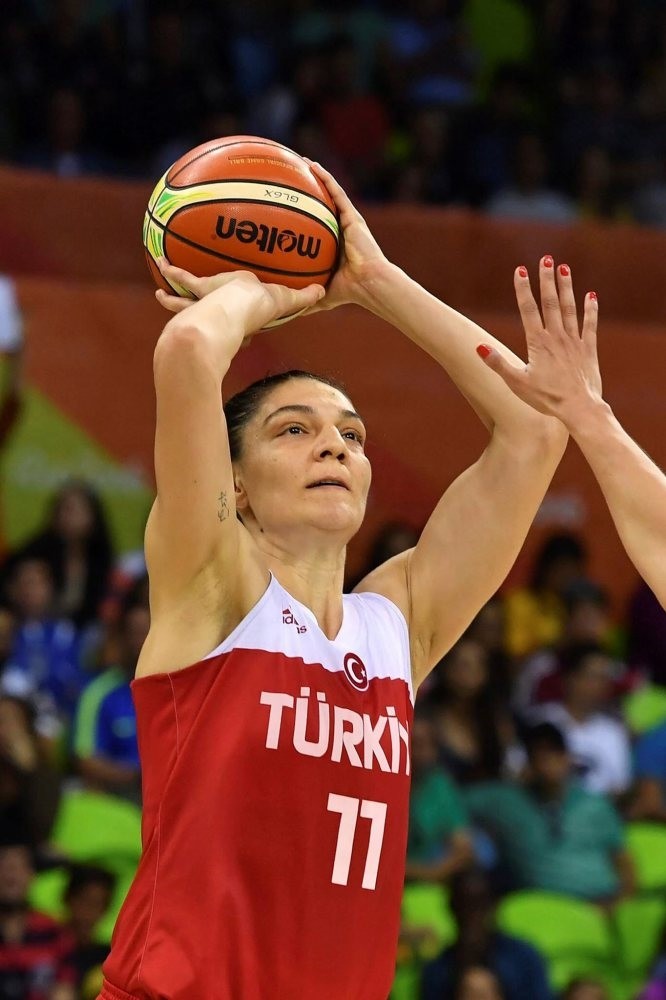 Former Turkish national basketball player and assistant coach of Galatasaray Women Basketball team Nevriye Yılmaz has been chosen the greatest player of all-time in Women's EuroLeague history. Galatasaray sports club in a statement said: "Nevriye Yılmaz was chosen the best in a fan poll across the continent. She beat other big names like Sancho Lyttle, Sonja Petrovic, Alba Torrens, Ann Wauters and Diana Taurasi." In the contest, fans voted for 32 basketball players who have made their mark in the FIBA Women's EuroLeague history.

37-years-old Yılmaz began her basketball career with İstanbul Üniversitesi SK (1997-99) before joining Galatasaray (1999-01) where she won her first Turkish Championship. She later moved to Greek side Apollon Ptolemaida (2001-02) and then to Bulgarian Academic Plovdiv (2002). Yılmaz then moved to Italy to play for Termini di Mareze (2002-03), La Spezia Basket (2003-04) and Pool Comense Como (2004-05). She was the first Turkish woman to play in the Women's National Basketball Association (WNBA). In 2000, she attended the training camp for the now-defunct Miami Sol but was also released prior to the start of the regular season. Then in 2003, Yılmaz signed a free agent contract with the Phoenix Mercury and played five games for them. The following year, she played seven games for the San Antonio Silver Stars.

In 2005, she returned home to play for Fenerbahçe and won the 2005 Europe Cup Rebound Queen and 2007 EuroLeague Women All Star player honor. In 2012, she signed a two-year contract with Galatasaray Women's Basketball Team and officially announced her retirement from active sport last year. She won Euro league cup 2014 with Galatasaray. With more than 180 games, Yılmaz is the most capped national player for Turkey.