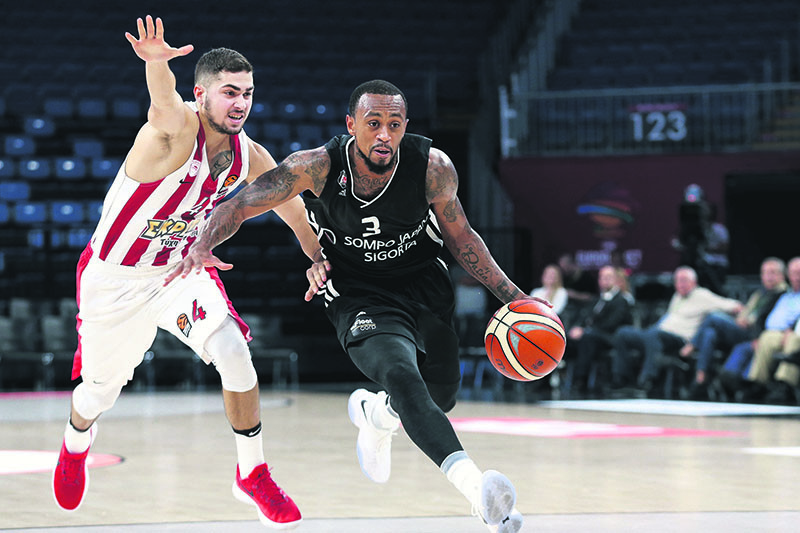 Four Turkish teams will play in the 2017-18 FIBA Basketball Champions League Regular Season, scheduled to kick off next week. Banvit, Beşiktaş Sompo Japan, and Gaziantep qualified directly while Pınar Karşıyaka had to go through the playoffs

Four Turkish teams will compete in the new season of the Basketball Champions league set to kick off on Oct. 10.The 32-team European tournament will have 24 teams playing directly and the other eight coming through the qualifiers. Turkish teams, Banvit, Beşiktaş Sompo Japan and Gaziantep Basketbol qualified for the tournament directly while Pınar Karşıyaka had to go through the playoffs. They will play in four groups of eight teams with the top four in each group going through to a home and away Round of 16 ahead of the quarterfinals which will determine the Final Four. The Final Four action will take place between May 4 and May 6, 2018.

Last year's runners-up, Banvit will be hoping to go one better in the 2017-18 season, but having lost a number of key pieces, including the season MVP Jordan Theodore, it will be no small task. Their biggest win during the off-season was the signing of captain Gasper Vidmar to a two-year contract extension and then re-securing the services of Damian Kulig. Aside from that, there will be a number of new faces such as Adonis Thomas, who played a major role for Venezia in the Champions League last season, joins the Turkish team, along with American Jake Odum, who has made a name for himself in Germany after two seasons in the BBL.

Angelo Caloiaro and American Tony Taylor complete the notable additions for Banvit as time will tell whether they can return to the finals. Turkish runners-up Beşiktaş Sombo Japan return for a second crack at the Champions League and with them come some of their key performers. Duo Earl Clark and DJ Strawberry, both amongst the team's leading scorers and rebounders last season, are both back for another year, though the loss of Vladimir Stimac will no doubt be a blow. So will be the departure of Michael Roll. The 5 feet 11 inches guard Ryan Boatright will bring some scoring prowess, averaging over 17 points per outing last season with Cedevita in Croatia. American shooting guard Jon Diebler also joins Beşiktaş, having played in the Turkish top flight since 2012, and big man Augusto Lima will be serviceable inside.