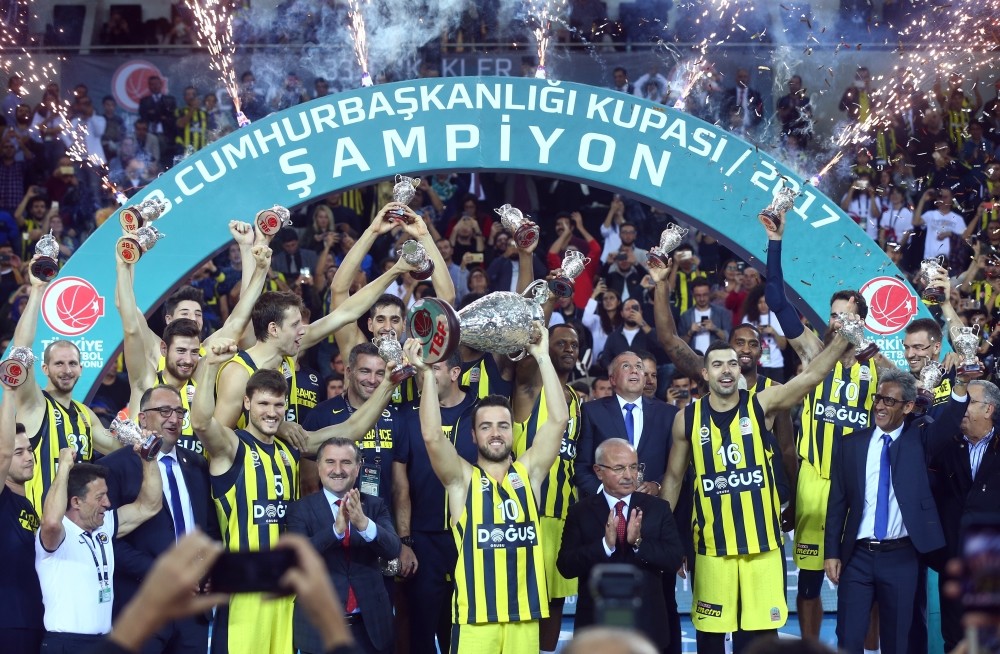 Fenerbahçe won the trophy for the seventh time and this was the team's second straight win. The reigning league champion Fenerbahçe took on Banvit at the Ankara Sport Hall for the 33rd edition of the cup.

Fenerbahçe also clinched the Turkish Airlines EuroLeague title after routing Olympiakos 80-64 in the finals at Istanbul's Sinan Erdem Dome this year. The Yellow Canaries won the third presidential cup under the Serbian head coach Zeljko Obradovic. Fenerbahçe are living through its golden age with Obradovic. During the Serbian coach's four years, Fenerbahçe has won one EuroLeague title, three league titles and President Cups and one Turkish Cup. The team won eight of its total 21 cups in Obradovic's era. Obradovic himself won 41 cups in his 26-year coaching career.

He said after the match on Wednesday, "My players played with big desire. Everybody contributed to the win. Our fans also helped us greatly. It was the first match of the season. We must be prepared because we will be entering a very difficult period."