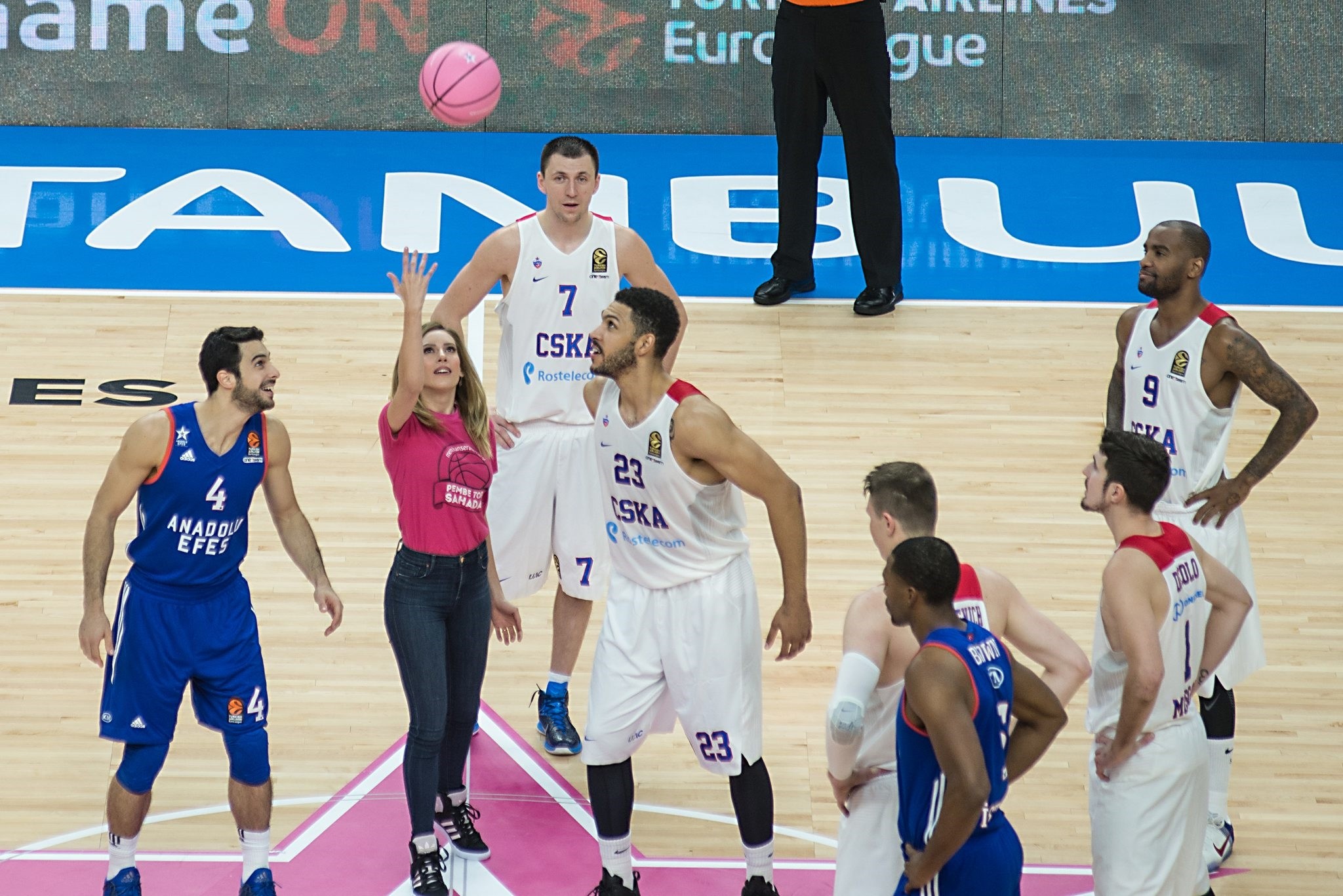 Turkey's Anadolu Efes will clash against Spain's Real Madrid in the opening game of the Turkish Airlines (THY) EuroLeague 2017-2018 season.

The game, which will start at 08:00 p.m. local time Thursday, will be held at the Sinan Erdem Sports Hall in Istanbul.

The game will also be played with a pink ball, the symbol of the breast cancer awareness campaign, showing the importance of early diagnosis.

Turkish actress and celebrity Elçin Sangu will throw the jump ball to kick off the tournament.

Last year, actress Sinem Kobal and in previous years Bergüzar Korel and Beren Saat did the honors of throwing the pink jump ball as part of Turkish Airline's project to raise awareness for the disease.

Anadolu Efes player Brock Motum will score his 500th point if he scores 16 more in the game. Motum has also been attracting attention with his successful shooting record, scoring at least one 3-pointer in the last 11 out of 12 games.

Bryant Dunston, who on average scored 2.8 offensive rebounds and 1.1 blocks in the THY EuroLeague, will catch up with Dor Fischer in 10th place if he does two more blocks, raising his career lead to 138.

According to the statement released from the Health Ministry, 96,000 men and 67,000 women are diagnosed with cancer every year in Turkey. Figures presented at the briefing show lung cancer to be most prevalent among men, while breast cancer is the most prevelant among women. The statistics also indicated 49,946 men and 27,022 women died of cancer in Turkey in 2015.