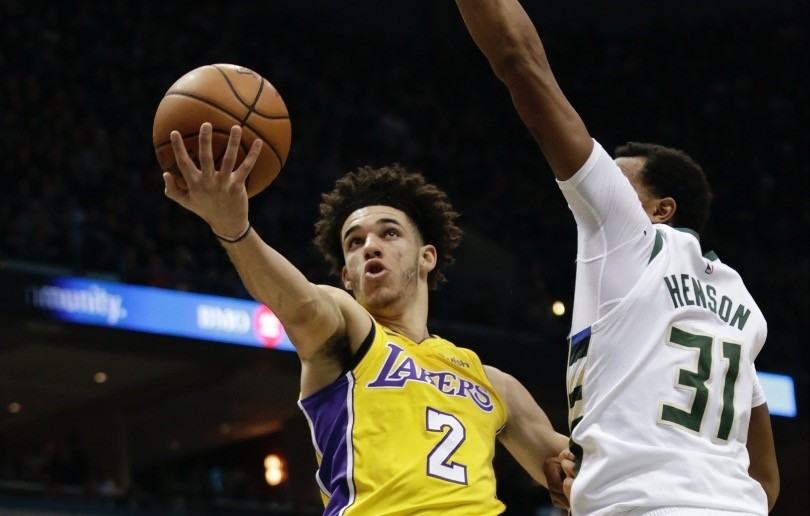 Rookie Lonzo Ball became the youngest player in NBA history to record a triple-double but it was in vain as the Los Angeles Lakers lost 98-90 to the Milwaukee Bucks Saturday. Ball, who is 20 years, 15 days old, finished with 19 points, 13 assists and 12 rebounds as the struggling Lakers lost their third straight game. Ball completed the triple-double by getting his 10th rebound early in the fourth quarter. He had 13 points and 11 assists at the time. He surpassed the previous record set by LeBron James, who was 20 years, 20 days old when he recorded a triple-double in January 2005 for the Cleveland Cavaliers.

"I really don't care," Ball said. "We took a loss. It don't really mean nothing. I just wanted to win tonight. I thought we were in good position to get it but it didn't happen."

Giannis Antetokounmpo scored 33 points to lead the Bucks, who also got 16 off the bench from Malcolm Brogdon at the Bradley Center arena. Khris Middleton added 13 points while Eric Bledsoe contributed 11 in his home debut for Milwaukee. Kyle Kuzma led Los Angeles with 21 points and Julius Randle added 17.