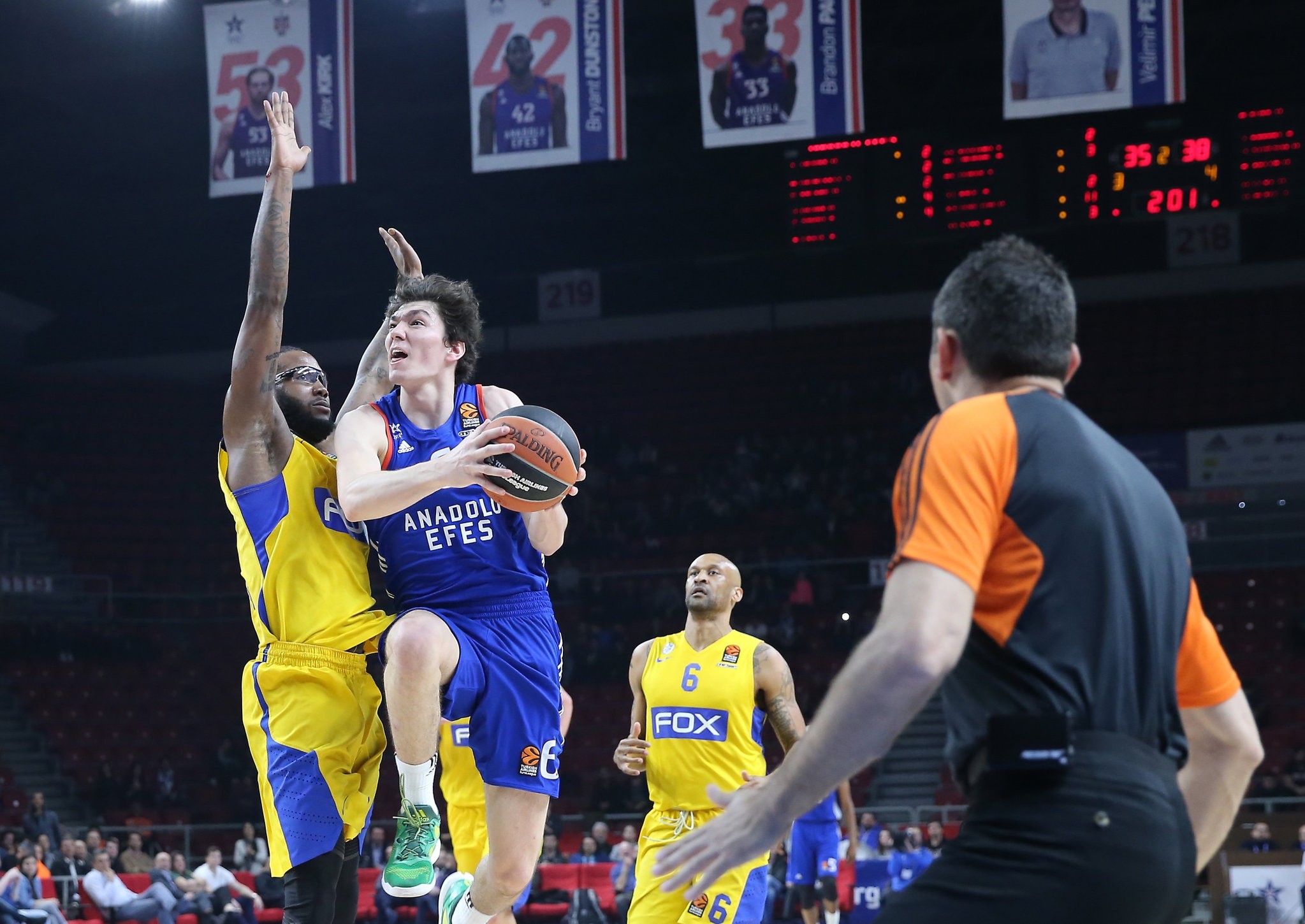 November's first week with two rounds of action starts today with four highly anticipated matchups in the 2017 Turkish Airlines EuroLeague. After breaking into the win column last week, Anadolu Efes (1-5) will look for its second victory in Round 7 of the tournament with a trip to Maccabi Tel Aviv (4-2) that has won three of its four home games. Maccabi set a club record with 53 rebounds in last week's triumph over Real Madrid and has a big edge over Efes in that category with an average of 41.8 rebounds per game compared to 36.8 for the visitors. Efes converted 10 of 22 (45.5 percent) 3-point attempts in its Round 6 victory at Barcelona, a big improvement on its overall season long-range percentage of 29.6, and may need similar shooting accuracy to triumph in Tel Aviv.

Elsewhere, Panathinaikos Superfoods will take on Khimki Moscow. The pace-setting Khimki takes its table-topping 5-1 record to face a Panathinaikos (3-3) team that has blown hot and cold all season, with the Greek team precisely alternating wins with losses throughout the first six games. By that logic, Panathinaikos is due a defeat after beating local rivals Olympiacos last week, but Coach Xavi Pascual's men will look to reproduce their good shooting accuracy, 54 percent of 2-pointers and 37.6 percent of 3-pointers, as they try to secure a second straight win for the first time this season.

Two Spanish rivals Baskonia Vitoria Gasteiz and Real Madrid will also play today. Both teams go head to head with Madrid (4-2) looking to end a two-game losing run at Baskonia (1-5). Injuries haven't helped the cause of Coach Pablo Laso's team, and with Gustavo Ayon and Ognjen Kuzmic both sidelined, Los Blancos will give a EuroLeague debut to Walter Tavares, who was signed to add a much-needed presence in the paint. Madrid, which will have Fabien Causeur going up against his old team, is the second-highest scoring side in the competition with an average of 86.7 points per game, while Baskonia is languishing in 14th place in that category with just 73.7.

Also, fresh from setting a club record by clinching a 32-point victory in Milan last week, Zalgiris (3-3) is back on the road to face a Unicaja side (3-3) that has won its last two games. Unicaja is the EuroLeague's second-lowest scoring team with an average of 71.7 points per game, but stays competitive through its defense and has allowed just 67, 74 and 65 points in its three wins this season. Zalrigis has averaged nearly 10 points per game more than the host, partly thanks to the league's second-best 3-point conversion rate of 41.3 percent.