EuroLeague is getting hot in December 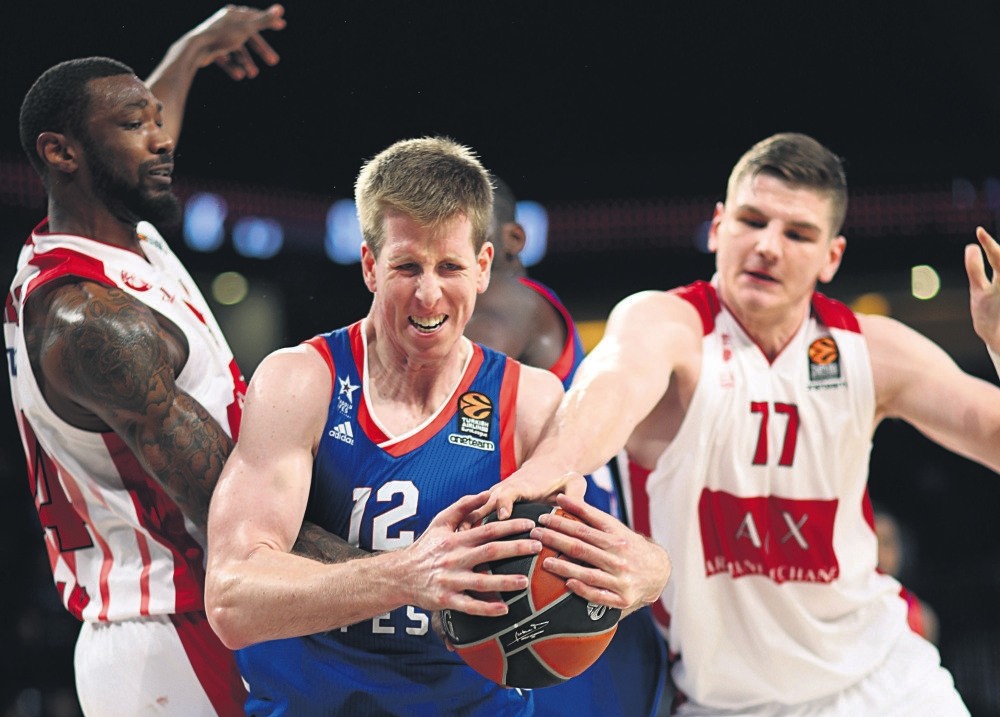 Armani Milan's Corry Jefferson (L) and Arturas Gudaitis in action during a Euroleague basketball game in Istanbul, Nov. 30.
by Daily Sabah Dec 07, 2017 12:00 am

Round 11 of the Turkish Airlines EuroLeague regular season starts today with five games. The red-hot Panathinaikos and newly crowned monthly MVP Nick Calathes will take their five-game winning streak to face a Zalgiris team aiming to keep hold of its place in the upper half of the standings. Panathinaikos has scored exactly 82 points in each of its last three games and will look to impose itself around the rim against a Zalgiris team that has blocked fewer shots – 1.7 per game – than any other team, while the hosts look to maintain their ball-sharing abilities after averaging 19.5 assists per game, which is third best in the league. Elsewhere, Brose Bamberg (5-5) has precisely alternated wins and losses over the last six games and will hope that sequence continues with the visit of co-leaders CSKA Moscow (8-2), which has won three consecutive games on the road.

Meanwhile, another coach facing his former side will be Neven Spahija of Maccabi FOX Tel Aviv (6-4), who led Valencia Basket (3-7) to the 2010 EuroCup crown.

Maccabi FOX will host their Spanish rivals Valencia Basket in Israel. Maccabi FOX has the unwanted distinction of owning the league's worst recent record after losing its last six straight games. Valencia, which will attempt to extend that streak by gaining its sixth home win of the season, boasts a serious advantage in rebounding after claiming 39.4 boards per game – the most in the league – compared to Valencia Basket's 32.4, which is next to worst in the EuroLeague.

A Spanish derby features two teams heading in different directions with Baskonia (4-6) setting its sights on a place in the top half of the standings as it welcomes a Unicaja team (3-7), which has sunk to the bottom of the standings with a run of four straight losses. If the game becomes a shootout, Baskonia would fancy its chances, boasting a significantly better shooting percentages than the visitors in all categories. But Unicaja has been slightly better defensively – allowing 78.9 points per game compared to Baskonia's 79.8 – and will therefore surely prefer a low-scoring contest.

In today's final game, Milan (3-7) will aim to snap a two-game losing streak at home against Khimki (6-4), which has its confidence restored after getting back into its winning ways last week. The two teams have identical overall performance index rating averages of 84.4 per game, and everything points towards a close game in the fashion capital.