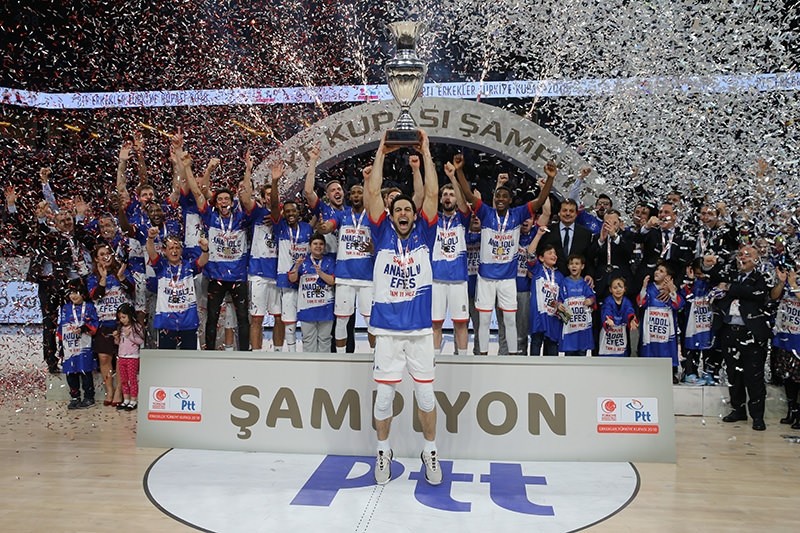 Anadolu Efes took full advantage of a weak start by Tofaş to take a 16-point lead in the first eight minutes of the match, putting the score at 24-8.

Tofaş came back in the second quarter to even the score to 34-32 at the 18th minute, but Anadolu Efes pulled through in the third and fourth quarters to gain a stronger lead, finishing the match at 78-61.

The navy-white team netted the win thanks to several three-pointers from point guard Errick McCollum and shooting guard Krunoslav Simon, and strong play under the basket by Doğuş Balbay.

McCollum finished the match with 23 points and Simon cached 19 points and seven assists.

For Tofaş, shooting guard Tony Crocker was the only player to earn double digits with 11 points.

This was the 11th Turkish Cup win for the Istanbul side club, the most in Turkey's men's basketball history. The club has won Turkey's Super League Championship 13 times, making it the most successful team in the league.