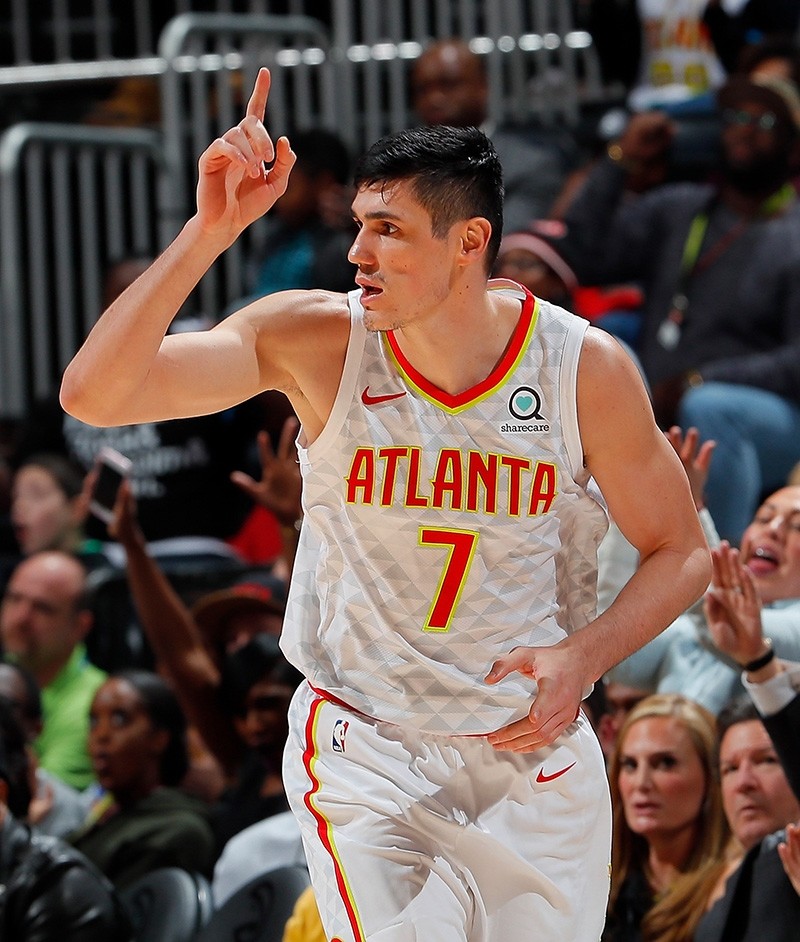 Ersan Ilyasova of the Atlanta Hawks reacts after hitting a three-point basket against the Portland Trail Blazers at Philips Arena on Dec. 30, 2017, in Atlanta, Georgia. (AFP Photo)
by Daily Sabah Mar 01, 2018 12:00 am

The 30-year-old power forward appeared in 46 games with the Atlanta Hawks this season, 40 of them starts. He averaged 10.9 points and 5.5 rebounds per game, scoring in double figures 20 times, with nine 20-point performances.

Ilyasova will be joining his compatriot and Istanbul-native shooting guard Furkan Korkmaz, who moved from Anadolu Efes to the 76ers in 2017.

Ilyasova has played for the 76ers before, seeing court time in 53 games in the 2016-17 season after a trade from Oklahoma City Thunder.

His NBA career, which began in 2005, has been marked by a series of trades, including court time with the Milwaukee Bucks, Tulsa 66ers, Detroit Pistons and Orlando Magic. He also signed a two-year contract with FC Barcelona from 2007-2009.

The son of Crimean Tatar parents, Ilyasova was born in Eskişehir, Turkey and got his start in the Turkish Basketball League with Ülkerspor. He has played on the Turkish national team on-and-off for the past 12 years.