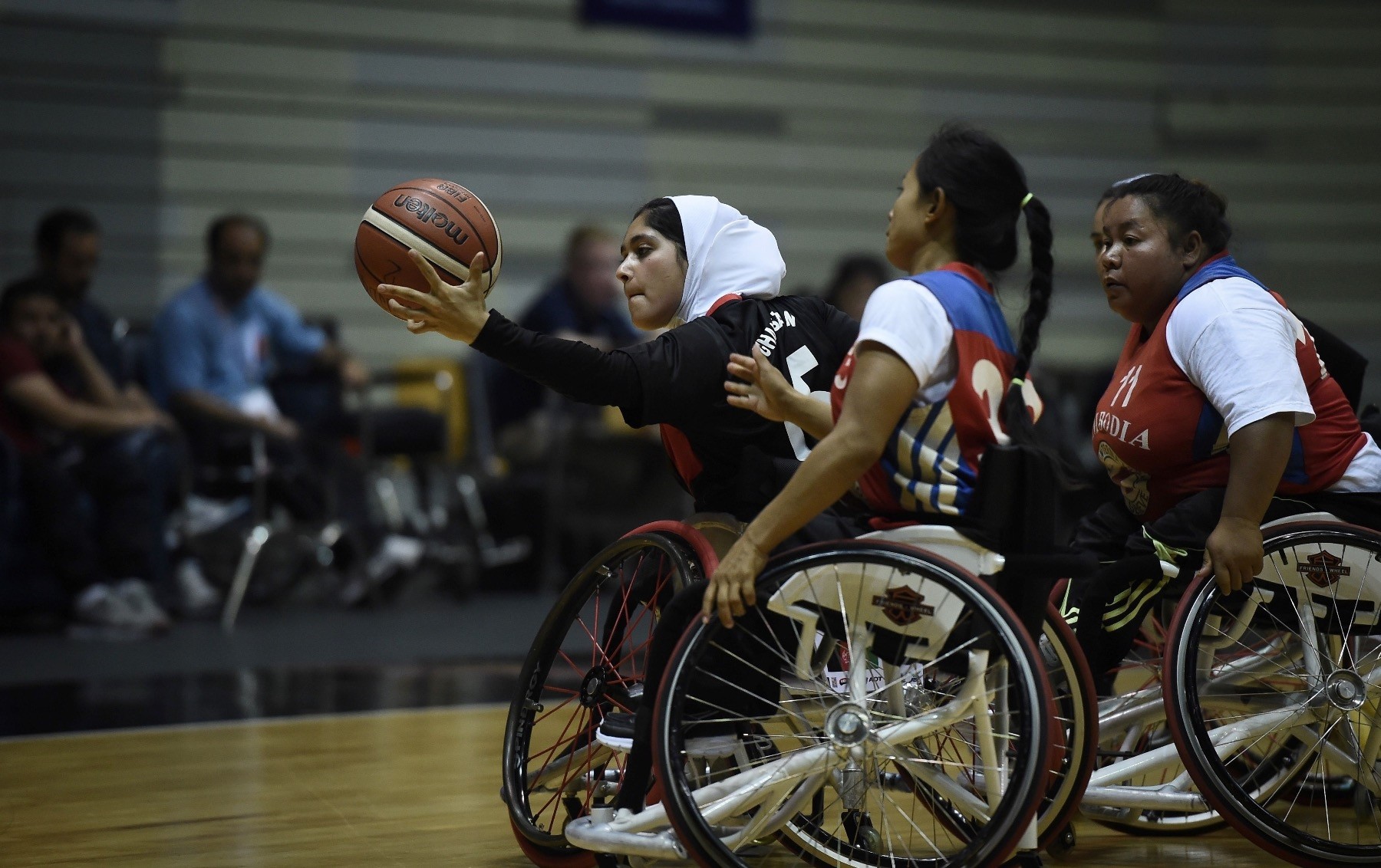 While female Afghan athletes are determined to turn war tragedies into triumphs, the Afghan women's wheelchair basketball team is in a bid to qualify for the Asian Para Games for the first time

An explosion tore through Nilofar Bayat's leg when she was just two, but as she spins her wheelchair across a basketball court in Bangkok, the Afghan sportswoman is determined to turn her story from tragedy to triumph. The 23-year-old captain of the Afghan women's wheelchair basketball team is in Thailand this week in a bid to qualify for the Asian Para Games for the first time.

"This is a big job. When I come, I represent Afghanistan in other countries. I want to show that Afghanistan is not just Taliban," said Bayat, who lost her brother in the same attack that resulted in the loss of her leg. Her life reflects the squad's remarkable journey against a backdrop of unrelenting violence. When the International Committee for the Red Cross set up its wheelchair basketball program in Afghanistan some eight years ago, the goal wasn't to win competitions. Instead, the chief aim was to provide fitness and rehab in a country with a large disabled population - many of whom, like Bayat, lost their limbs in attacks. Other victims have suffered polio, with Afghanistan one of just three nations worldwide where the disease still retains a grip, due to the disruption of health services and the Taliban's opposition to vaccination. Belying the game's humble start in Afghanistan, the players are out to show that they can triumph against formidable odds, making their international debut in Indonesia last year. They dominated the field and took home the championship trophy.

"Our first tournament was so good, when we played and we got the first position it was amazing for Afghanistan," Bayat recalled. Meanwhile the Afghan men's team passed a major milestone in Thailand this week with their first official tournament win outside the country.

Jess Markt, an American who coaches the teams, said many players had never even seen a basketball when he first arrived in the country.

"And now, several years later we are at the point where we have men's and women's national teams that are becoming quite skilled," he told AFP.

The squads have thrived despite daunting obstacles, including a nerve-wracking security situation that complicates even the seemingly simple act of holding practice sessions. Sixteen years after a US-backed coalition invaded Afghanistan and ousted the Taliban, the militants have escalated their attacks inside the country, leaving residents on edge as the country also grapples with an expanding Islamic State presence.

"The girls are not allowed to go alone anywhere.... This is a big problem, we can't do our training together," said Bayat. In fact the trip to Thailand offered them a rare chance to practise together, prompting the team to arrive early in the country so they can hone their skills ahead of the Games. In addition to security fears, some of the players also face resistance from family members who frown on female participation in sports.

"When we go to basketball, some people say, this sport is not for ladies, just sit at home, stay at home, do the chores, you should marry, you should have your children," Bayat said.

But each win brings them more acceptance, she said, recalling the reception that greeted the team following their victory in Bali last July. "We went back to Afghanistan, they were so happy, they said excellent, you are good ladies, you are strong, you can be like boys," she said.