Hungry for victory, Efes looks for win against Brose 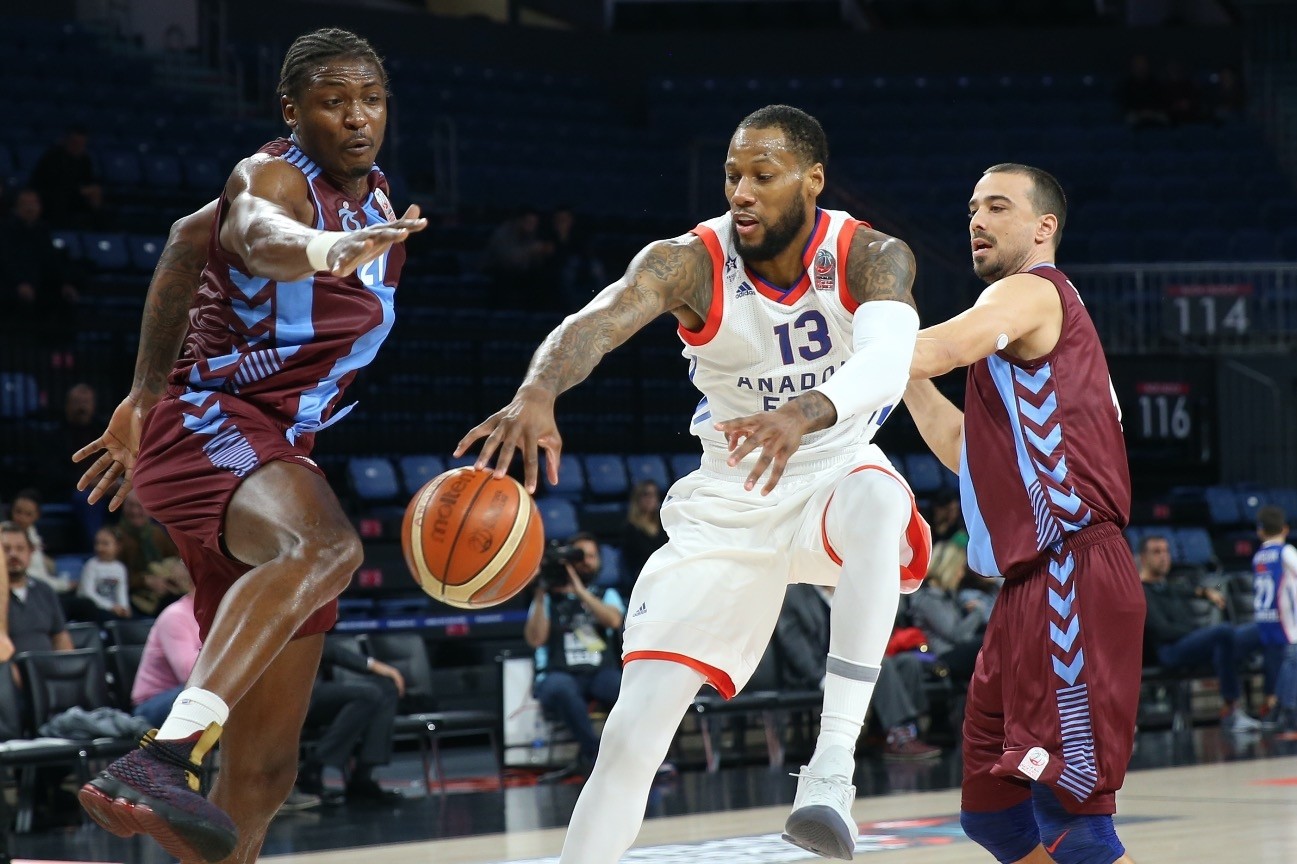 Anadolu Efesu2019s last four losses have all been by double figures, but Sonny Weems has made a good start to his spell with the club by averaging 20 points in his last two games.
by Daily Sabah Mar 15, 2018 12:00 am

Efes will look for its first win on the road since Round 7. However, it is going to be tough against Brose, which has been in good form at home with three consecutive wins

Round 26 opened with a rare Tuesday game in which Real Madrid edged closer to the playoffs with a road win in Milan. Facu Campazzo recorded the first double-double of his EuroLeague career to lead Madrid to a 77-88 road win over Milan at Mediolanum Forum.Madrid made sure to keep at least a share of fourth place in the standings by lifting its record to 16-10 with its 10th consecutive victory over Milan. The loss dropped Milan to 9-17.

As for today, a pair of mid-season coaching appointments meet as Luca Banchi's Brose Bamberg (9-16) faces Ergin Ataman's Anadolu Efes (6-19). Efes has not won on the road since Round 7, dropping eight straight since, while Brose has been in good form at home with three consecutive wins in Bamberg. The German champion has been excellent offensively during that stretch, averaging 91.3 points per game, and Dorell Wright is a particular threat after hitting 13-of-24 three-point attempts (52.4 percent) in his last three games. Efes's last four losses have all been by double figures, but Sonny Weems has made a good start to his spell with the club by averaging 20 points in his two games.

Elsewhere, Crvena Zvezda and Valencia Basket battling to stay in the race for the playoffs meet in Belgrade. Zvezda (10-15) needs to rediscover its offensive efficiency after registering just 54 points in last week's loss at Barcelona – the second-lowest tally in the club's EuroLeague history. To do so, Taylor Rochestie will look to extend his sequence of scoring in double figures for four consecutive games. On the other side of the ball, Valencia (9-16) sharpshooter Erick Green is coming off his worst two games of the season with just 3 and 4 points scored, so the Spanish champion will try to get him hot again as it looks for a first away win in four.

In the other match of today, Olympiacos Piraeus faces FC Barcelona Lassa. After ending a five-game losing run with a blowout home win over Zvezda last week, Barcelona (8-17) will now attempt to wreck old rival Olympiacos's (18-7) plans to move closer to claiming home-court advantage in the playoffs. The matchup appears to be a simple question of whether Barcelona's dangerous offense (80.4 points per game, sixth best in the league) can overcome an Olympiacos defense that has allowed fewer points than anyone else (73.4 ppg). The Peace and Friendship Stadium has been a fortress in recent weeks with Olympiacos winning eight straight at home, so the visiting team faces a major challenge.

A big battle with major ramifications for the playoff race will take place in Tel Aviv, where Maccabi (13-12) can move level with Khimki (14-11) in the standings. After setting the all-time league record for three-pointers in a season (80 and counting), Alexey Shved will aim for another bucket-load of long-range strikes against a Maccabi team that set its season-high with 15 three-pointers in last week's vital victory over Efes. The battle of the boards could be key: Maccabi leads the league in rebounds (36.8 per game), but Khimki has rebounding ace Thomas Robinson coming back to full health to significantly strengthen his team in that area.

And, two teams with everything to play for meet at the Fernando Buesa Arena, where Baskonia (12-13) is desperate to break into the playoffs positions, while Zalgiris (15-10) is still firmly in the hunt for home-court advantage. Baskonia routinely piles on the points at home, having reached at least 81 points in its last seven games in Vitoria. But Zalgiris has also been free-scoring on the road, netting 86, 93 and 86 points in its last three away trips, so a shoot-out could be on the cards. Both teams are adept from long-range, with Baskonia making 40.5 percent of its three-point attempts compared to Zalgiris's 41.7 percent.