Galatasaray women one step away from EuroCup basketball title 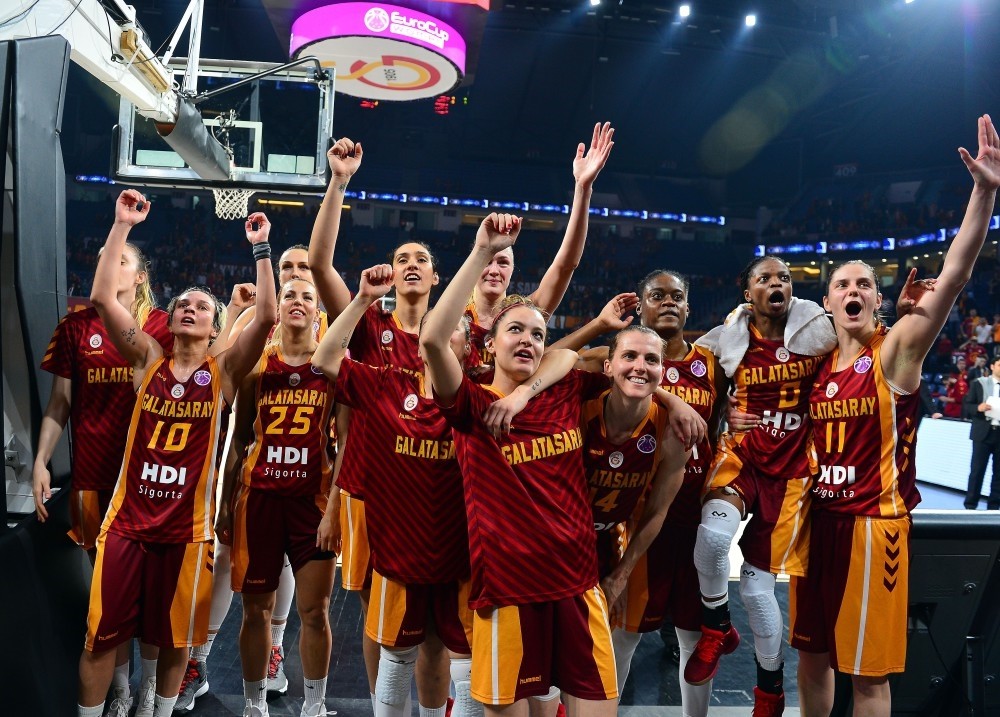 Galatasaray has one hand on the 2018 EuroCup Women basketball title as a huge crowd celebrated a 90-68 win against Reyer Venezia Wednesday after Allie Quigley dropped a stunning 37 points. Reyer Venezia imploded spectacularly in the middle of the third quarter as Galatasaray led 52-46 and then went on a jaw-dropping 16-1 run to finish the quarter.

The visiting team had no answer to the defensive pressure and in the noisy cauldron created by the Galatasaray fans, Venezia cracked. It coughed up the ball 22 times and with Galatasaray shooting a dazzling 53 percent, it was no wonder the home team won so comfortably. It was a remarkable effort from Quigley, who went 14 of 18 and eased any home nerves quickly with the highest-ever score in a EuroCup Women Final.

Meanwhile, the contribution of Lithuanian center Gintare Petronyte should also be recognized as she harvested a superb double-double of 25 points and 12 rebounds. Captain Işıl Alben also handed out 11 assists. After the win, Petronyte said: "I want to thank our fans for their great support. But we have 40 minutes more to get the title. We will now focus on the second leg match."

Galatasaray women basketball team coach Marina Maljkovic said, "We will play the second leg with the same seriousness and win." Quigley, the star of the match, said: "There fans were unbelievable. I have never seen anything like this in my entire career. They gave us a great energy. Now, we have no plan other than to win there one more time. We are the advantaged side but we will take the second match seriously."