Warriors' next aim is fourth title in five NBA seasons 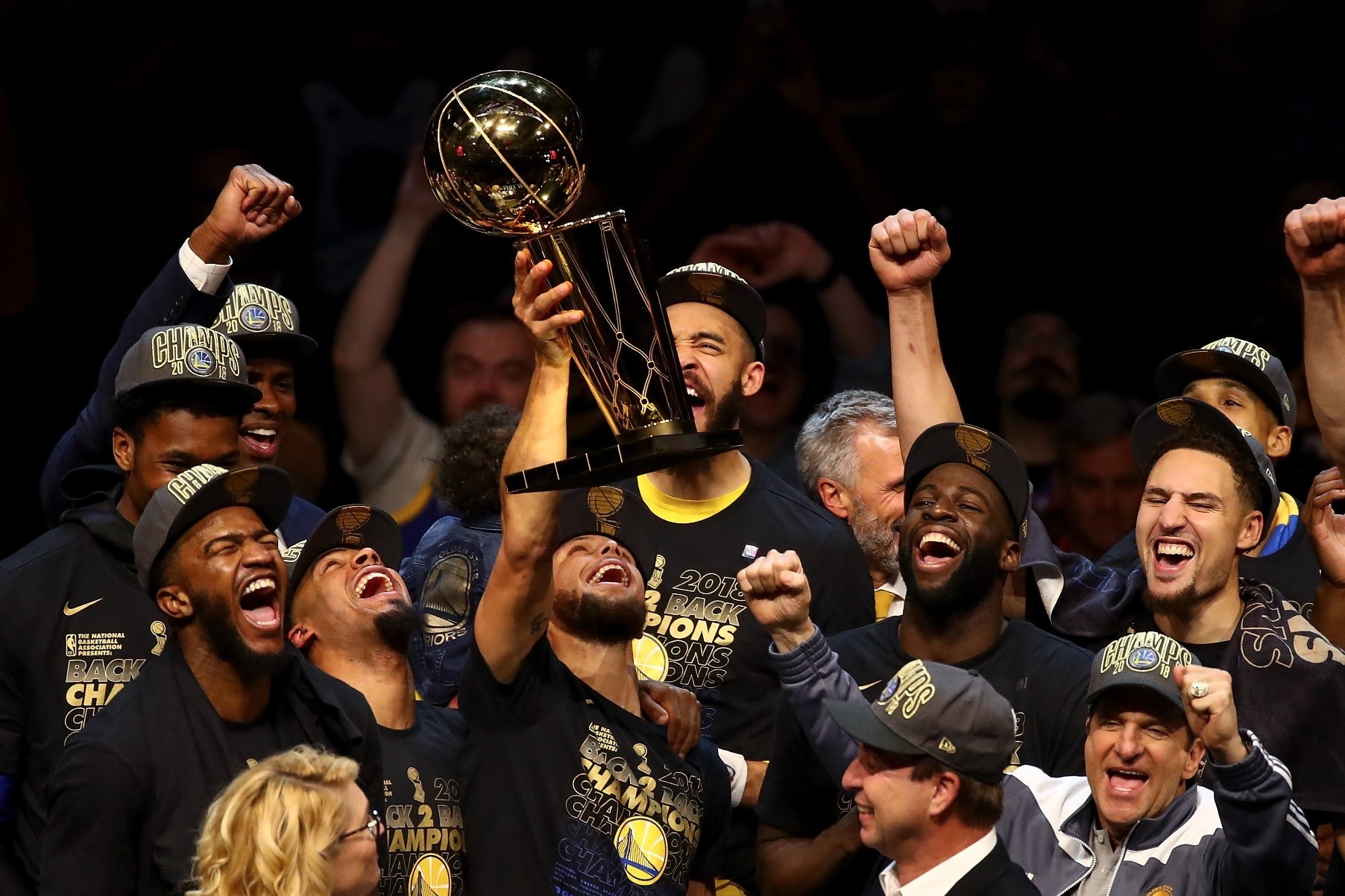 The Golden State Warriors celebrate with the Larry Ou2019Brien Trophy after defeating the Cleveland Cavaliers in Game 4 of the 2018 NBA Finals at Quicken Loans Arena June 8 in Cleveland.
by Jun 11, 2018 12:00 am

Kevin Durant says he will stay, Stephen Curry is enjoying the success and the Golden State Warriors appear set for a solid run next year at their fourth NBA crown in five seasons

The Golden State Warriors completed an NBA Finals sweep of the Cleveland Cavaliers on Friday, their 108-85 rout delivering a 4-0 blanking in the best-of-seven championship series for back-to-back titles and a third crown in four years. Kevin Durant won his second title and second NBA Finals Most Valuable Player award, the power forward scoring a career playoff high 43 points in game three.

"I've just got to keep getting better," Durant said. "I think I've got a lot more to go. So I'm just trying to prove to myself that I could just stay in it for the long haul, and hopefully I continue to have some success."

Durant signed as a free agent with the Warriors in 2016 for less money than he could have made elsewhere to help the Warriors afford to bring him aboard and still be able to keep versatile forward Draymond Green and key guard Klay Thompson alongside 3-point sharpshooter Curry. Now Durant says he only needs to hammer out final details on a rich deal to remain with the Warriors, which would keep them as the team to beat next season. Durant is already curious about how young teammates progress next season.

"Looking forward just to different tricks that we use throughout the season next year. I can't wait."

There is some history motivation for next season. Only the 1960s Boston Celtics dynasty reached five NBA finals in a row. And the only teams to win four crowns in five years were that Boston squad and the 1950s Minneapolis Lakers in the NBA's infancy.

"I haven't really thought about it," Curry said of how long the Warriors might reign. "Any question that kind of talks about the future and whatnot, you don't want to cheat the moment.

"We'll have plenty of time over the summer to talk about what next year's going to look like and what it's going to take for us to get back to this stage next year.

"I really just am happy to be a champ again. If I get another opportunity next year to come back into the finals, I'm going to have the same attitude about winning a championship and whatever happens, happens."

Durant staying sets up another off-season of "superteam" building by rivals when dealmaking begins in July, as Houston and Boston assembled top talent last year and each was one win from the finals. Cleveland star LeBron James could join NBA scoring champion James Harden and Chris Paul in Houston or unite with young talent in Philadelphia to better challenge the Warriors. And the Magic Johnson-guided Los Angeles Lakers are also expected to make free agent moves.

"Next year, we'll think about that later," Warriors coach Steve Kerr said. "It really is such a long haul to win an NBA championship. It's a nine-month grind... going through this four years in a row, it's a major grind.

"This year was the toughest. Next year will be even tougher."