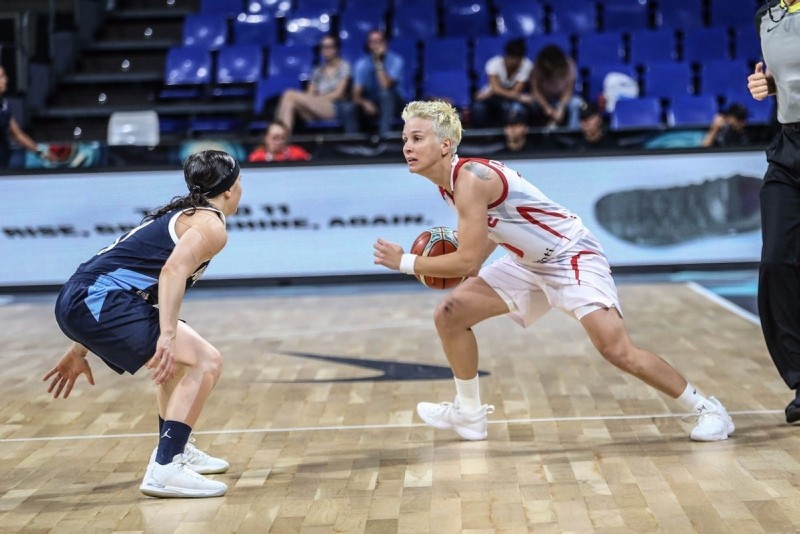 The Turkish National Women's Basketball Team, nicknamed "Potanın Perileri" (The Fairies of the Basket), defeated Argentina 63-37 in a Group B match on Saturday during the FIBA Women's Basketball World Cup 2018 hosted by Spain's Canary Islands.

Turkey (1-0) led 33-20 at the half and outscored the South American nation 18-4 in the third quarter to put the game away. Argentina didn't score a point for nearly the first five minutes of the decisive quarter and then didn't get its other basket until 52 seconds remained. The team was down 51-24 at that point.

Macarena Rosset scored 12 points to lead Argentina (0-1), which was making its first appearance in the World Cup since 2010 when it finished 14th.

Turkey will play against Nigeria on Sunday in the second match of the tournament.

16 teams in four groups are competing in the tournament on the island off Tenerife, set to end on Sept. 30. The group leaders will directly qualify for the quarterfinals, while second- and third-place teams will play an elimination match to advance to the quarterfinals.

The groups are as follows: